Perhaps the greatest advantage of working at IESE Business School is working with colleagues on the staff and faculty and having access to them in informal settings such as lunch! This post is inspired by the table conversation at lunch last Friday concerning Donald Trump’s apparant victory in the Republican primaries.

In 1932 Adolf Hitler lost the Presidential election in Germany to 84 year old, Paul Von Hindenburg but did manage to get just over 30% of the vote. His message was a little incoherent but essentially simple. He promised to get rid of the bad guys (Jews) and make Germany great again. When his party came in first in the parliamentary elections of 1933, Van Hindenburg allowed him to form a government as Chancellor and more established politicians held their noses over his rougher aspects but thought they could work with him.

1980 Ronald Reagan, a former Actor and one time Governor of California first won the Republican Primary and then went on to defeat Jimmy Carter to become the 40th president of the United States. Reagan had a simple message about standing up to the bad guys (communists) and making America great again.

In 1994 Silvio Berlusconi, an Italian businessmen largely known for his soccer team and television networks, came into politics as an outsider. He promised to get rid of the bad guys (communists) and make Italy great again.

In 2015 Donald Trump, an American Businessmen and reality TV star, came into politics as an outsider.His message has been a bit incoherent but simple at the same time. He has promised to get rid of the bad guys (Muslims, Mexican immigrants) and make the United States great again. Defying conventions of decency and normal political discourse, Trump has managed to consistently win about 30% of the early Republican primary votes causing his rivals to drop out one by one and he is now set to be the nominee at the Republican convention in Cleveland.

Who does he resemble the most?

To try and equate Trump with Hitler might, at first glance, seem extreme but think about three of his ideas. A wall with Mexico, the forceable deportation of 11 million illegal immigrants and their children, who are actually U.S. Citizens, and a ban on Moslem immigration. One has to think how such policies would actually be carried out and who would collaborate with them. Would Trump’s supporters be fitted out with brown shirts and go from neighborhood to neighborhood denouncing illegals? Would they start harassing Moslem Americans and maybe smash their shop windows? This is where evil starts.

I do not, on the other hand, think Trump is comparable to Reagan. While the simplicity of some of their ideas might favor such a comparison, I think the critical difference is the that Reagan surrounded himself (or was surrounded) by members of the Republican establishment who could more or less manage him and the country. Reagan also had a very clear moral code in his personal life. Trump, in my opinion, can not be controlled and does not appear to have any morals at all.

Berlusconi might be a closer fit in terms of Trump’s personal life but it does not seem that he has reached the same level of depravity or corruption as Il Cavalleri but it does seem like he shares the sense of being able to do whatever he likes and the lack of a moral compass mentioned above. 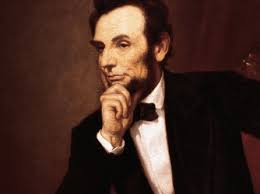 A black day for the Party of Lincoln

With the suspension of their campaigns, Senator Ted Cruz and Governor John Kasich have essentially conceded the nomination to Trump. Kasich is even reported as being in the running for the Vice Presidential spot under Trump although it is hard to imagine him accepting the job if offered.

It was actually hard to imagine Trump getting this far and I for one, just hope that Ms. Clinton will live up to her polling numbers and defeat him soundly in November.

After that, however, Trumps’ brand of hateful politics will be difficult to stamp out. Hitler’s National Socialist first appeared on the horizon in the early 1920s and took more than 10 years to get to power. The world will likely grow more complex and this type of angry, populist messaging might take root in the electorate.

If I was a Republican I would be deeply ashamed of the turn my party has taken and would start to figure out how to get it back on a positive track. Donald Trump may have connected with a segment of the Republican electorate but is not exemplary of the party’s idealogy, moral conviction, or foreign policy stance.