The United Kingdom joined the European Union in 1973 some 6 years after its founding and 16 years after the signing of the Treaty of Rome by 6 European nations in 1957. A first referendum was held in the U.K. in 1975 and 66% of voters chose to remain in what was then called the European Economic Community.

Over the next 40 years, European integration continued in fits and starts with the landmark Maastricht treaty (1991) bringing a single european market into being and calling for additional integration of the different member countries. This included open immigration, common borders, and a common currency, the euro, which was introduced in 2002. 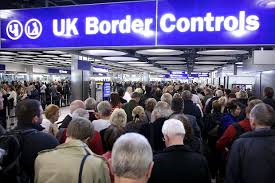 The United Kingdom did not participate in the open border policy or the currency union but was bound by a number of the other measures enacted by the European government in Brussels.

From the point of view and business and the economy, most experts agree that being part of the european project has been a tremendous benefit to the British industry  and the nation’s business leaders were overwhelmingly supportive of the Remain campaign.

These same leaders, however, appeared to take it for granted that the country would vote to remain despite opinion polls in the months leading up to the vote that indicated it was too close to call.

Big business finally took last minute steps to re-double their efforts in the week before the vote but by then the messages of the Leave campaign had somehow taken hold in the minds of enough people to swing the vote.

After the vote, world stock markets lost an estimated $2 trillion of their value as they reacted to the news and Uk companies were the hardest hit with Virgen Group, for example, losing a third of its value. The UK Pound was also affected dropping to a 31 year low against the U.S. Dollar in the week after the vote.

What is striking about the Brexit story and the belated response by business leaders is that they did not appear to it coming and appear to have been very ill prepared for the result.

In hindsight the possibility that leave could win seems obvious. For the last few years Nigel Farage, the flamboyant former leader of the United Kingdom Independence Party has been constantly attacking Europe from his seat in the European Parliament and was particularly critical of Europe’s handling of the Syrian refugee crisis and negative impacts of Germany’s initial reposes to allow a massive influx of refugees for humanitarian reasons.

Another highly entertaining politician, former London Mayor Boris Johnson was also very active in the Leave campaign and while much of the campaigns claims were high exaggerated or factually incorrect, they did play on a sense in the electorate that the country was out of control and that England was rapidly becoming a multicultural entity for which they were not completely comfortable.

Deep seated attitudes about sovereignty and lost empire got mixed up with dubious statistics and genuine resistance against immigration to produce the result and while the details of Europe’s exit are still being worked out at the time of this writing, the immediate impact on business and the business climate has been very negative.

From a deeper perspective, it should come as no surprise that Britain finally decided to leave the E.U. as integration continued to advance and the mechanism of the european government became increasingly slow, bureaucratic and complex. Since roman times Britain has been separate from the rest of Europe and its governments have resisted european integration since the very bringing of the project in the 1950s. The UKIP was founded in 1991 by LSE professor Alan Sked in response to the Maastricht treaty and a growing number of Tory politicians have identified with the eurosceptic camp.

What is interesting is that an eventual exit, in 2016 or in some future referendum was apparently seldom contemplated, if at all, in business circles. If english industry has carried out detailed scenario analysis of what its exit from the European union would mean, then perhaps they would have shown more vigorous support for the remain campaign and perhaps the results would have been different.

One lesson for business leaders is to look deeply into the geo-political assumptions on which their business plans and strategies are based and routinely conduct scenario analysis on what would happen if those assumptions were to be proven wrong. Another is to build companies which are resilient to sudden shifts such as Brexit.