As has been widely reported, U.S. President Barak Obama and Chinese President Xi Jinping announced another step in climate change initiatives between the two countries and China became the 25th country to ratify the agreement reached in Paris last December.

As discussed in a post a few weeks ago, the agreement needs at least 55 countries to come into force. It also needs to cover 55% of global emissions so that the ratification by China, and Obama’s commitment to do so is incredibly important. Because China and the U.S. are the first and second largest emitters of greenhouse gasses, without their participation, it would have been very difficult to get to 55% of emissions. According to the The Guardian, it is expected that a number of countries accept or ratify the agreement in the next few weeks.

The facts are that changing the world’s energy mix and moving to a low carbon economy will be very difficult and require enormous investments in renewables, carbon sequestration, and other technologies if we do not adopt a fundamental paradigm shift in the way we define prosperity. Most of these changes will occur between 2025 and 2035 after the current collection of politicians will disappear from the scene.

The full agreement reached between China and the United States is available at President Obama’s web site and is full of working groups, demonstration projects, and non-binding goals. While such activities and commitments are clearly enormously important, they are necessary but insufficient conditions to tackle the problem. 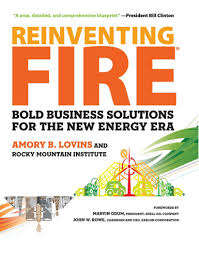 The real question is if both countries will be able to muster the political will over the long term to actually make things happen. In the United States, this means phasing out coal and embracing recommendations like the ones that the Rocky Mountain Institute has been making for years. In 2011, RMI published Re-inventing Fire which is a blue print for how to take the United States off of oil and coal by 2050. RMI also has a similar initiative underway in China and while the problems are a bit different, the solutions are clearly within our grasp.

At the global level, the Paris accords also call for the creation of a $ 100 Billion fund to develop clean energy in emerging countries so that they will not have to choose between prosperity and climate change. The money will have to come from the West and again require political will to actually make it happen.

As discussed many times in this blog, the challenge in democracy is to make the case that such issues need to be addressed and it takes strong, principled leaders who are able to move their constituencies to do so.

Fortunately, in business, there are already a number of examples of such leaders who are changing the discussion and can, collectively get us where we need to go. One such leader was Ray Anderson, President and CEO of Interface, a carpet company. Starting in 1994, Anderson changed his company’s business model and set in on a path to climb what he called the Mountain of Sustainability.

His story and a poem that one of his people wrote is so compelling that I have enclosed it below. While I find Barak Obama equally compelling, it is difficult to see who will lead the United States and Europe in the challenging times ahead. Who knows, maybe Michelle Obama will run for President in 2024.