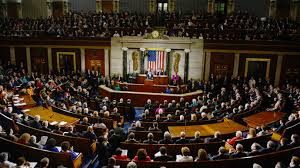 In the most bizarre week of modern American history, Donald Trump has made a mockery of the office he now holds, has lied to the American people and imperiled the United States’ national security. Fortunately, as I have written before, the American system has a number of checks and balances in it and I am afraid that before this is over, the Congress and the Senate will have to impeach him.

Impeachment is the process that is embedded in the American constitution to allow the House of Representatives and the Senate to remove a President (or other official) from office before his or her term expires. It has only been initiated three times at the Presidential level in American history and should only be used if the official has engaged in  “treason, bribery, and other high crimes and misdemeanors”. 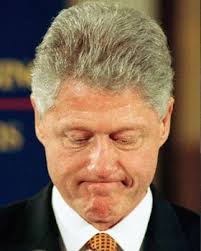 Bill Clinton was impeached in 1998 and then acquitted by the Senate in 1999.

While treason and bribery are fairly straightforward, “high crimes and misdemeanors” are open to interpretation and that is where politics comes into play. The process is very clearly laid out. The House of Representatives is organized into a number of committees and the first step is for the Judicial committee to investigate the matter and then choose if it will prepare the charges or articles for impeachment. These then must be approved by the same committee before going to the full House. There, each article is voted separately and needs a simple majority to carry. The Committee presented four articles against Clinton and only two were supported by the House.

The next step is for a trial to occur in the U.S. Senate and two thirds, or 67 Senators, are required for conviction. In Clinton’s case one of the articles was defeated and the other resulted in a 50-50 tie. Since the two thirds requirement was not met, President Clinton was acquitted and served his full term in office.

While most of us remember the investigation of President Clinton as dragging on for years, the actual impeachment process was fairly quick. The Articles of Impeachment were first drawn up in October, 1998 and the Senate trial occurred in February, 1999. What took so long in that case was for the Special Prosecutor to actually find something that the Republicans thought could get through the House and Senate.

As I am not trained as a lawyer, it is hard for me to say whether Trump’s executive order called “PROTECTING THE NATION FROM FOREIGN TERRORIST ENTRY INTO THE UNITED STATES” is illegal or just very bad policy. The full text is, by the way, available here. The good news is that a Federal Judge in Brooklyn has suspended the order until a proper hearing can be held which should ease the trauma suffered by hundreds of innocent people who happen to be traveling to the U.S. from the seven countries on Trump’s list.

What I am sure of is that a number of Trump’s crazy ideas will certainly be illegal, help China and Russia gain influence in the world, and be detrimental to American security and the nature of its civil society. His latest idea, for example, to appoint his alter ego Bannon to the National Security Committee in substitution of the Chairman of the Joint Chief of Staff is just looney and worries John McCain, Chairman of the Senate’s Armed Services Committee.

My hope is that a few of these outrages will convince 218 members of the House of Representatives and 67 Senators of the need to remove this man from office before he does irreparable harm to the country and the body politic.

One thought on “High Crimes and Misdemeanors”