Every year I have a chance to gauge the geo-political mood of a selection of the men and women in our MBA by reviewing the term papers they submit in the elective I teach which is called Strategy & Geo-politics. While last year their projects had to do with a number of specific companies which all faced different issues, this year a few common themes have dominated their projects with a few notable exceptions. The following provides a brief synopsis as I find it interesting to see what our graduates are thinking about. 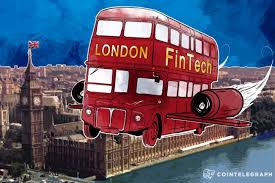 Several of the projects, which are done in teams, had to do with Brexit and the future of the European Union. One of these projects tried to evaluate the degree to which Brexit would have a negative or positive impact on the fast growing Fin Tech business in London. At issue was the degree to which London’s unique financial ecosystem would survive Brexit and if the lightly regulated Fin Tech industry could actually benefit? Another looked at the Spanish wine industry which, for example, exports a third of Rioja output to the U.K.!

In the course we looked at tensions in the South China Sea which have, from time to time, been the subject of blog posts in this space. Different groups of students wrote about the role those tensions have on the Asian energy market as well as looking at Alibaba’s growing business in Japan, Korea, and Hong Kong as well as the story of Google in China. Another paper looked at China’s solar energy industry.

Another group of papers looked at the impact that the Trump administration may have on different companies and industries. One looked at Nike and how it appears to be on a collision course with the administration in terms of its sourcing policies and also its corporate commitment to diversity and inclusion. Another showed how Trump’s policies will hurt Boeing. At the other end of the spectrum was a paper on the energy business in general and Exxon Mobile in particular which appears to be setting Trump’s environmental and foreign policy agenda. A third report looked at Trump’s controversial plan to jump start U.S. infrastructure investment apparently with little to no transparency or oversight opening up an enormous potential for corruption.

Two different papers looked at the growing market for cybersecurity and did so from two very different angles. One looked at Checkpoint, an Israeli company, and how it has grown to be a global player. The other explored  the market for encrypted email and discussed how Switzerland may be good place for such a business due to its strict privacy laws.

Different groups looked at the potential for tourism in the Middle East on the one hand and in Cuba and Ecuador on the other indicating both the interest the industry provokes and also how closely it is linked to geo-political tensions and crisis.

Additional papers looked at Novartis in the collapsing situation in Venezuela, Sony Pictures in India and Pakistan, infrastructure development in Peru, and Genel Energy in Iraqi Kurdistan. One of the most surprising projects was about the plans to construct a hyperloop connection between Abu Dhabi and Dubai.

It is hard to call what we do in this class teaching as the students are deeply involved and actually provide most of the context for the discussions. In each session, I or one of my colleagues review the geo-political reality of a specific part of the world and then discuss a specific company and how its business strategy is or is not related to the geo-political context.

Our hope is that our students will end up with a higher sensitivity to the issues involved and will help their companies make better decisions in the uncertain and multipolar world we are currently living in.