Last week I was at IESE Munich teaching a Sustainability module to IESE’s Global Executive MBA and as usual, the students were terrific. While in Munich I tagged along on a visit to a leading company in the 3D printing industry which  impressed and amazed me while also increasing my concern over the future direction of industrial society.

The thing is if we build a world of 3D printers and couple that with autonomous cars, as discussed last week and throw in IBM’s Watson as well as other digital technologies, we may be in deep trouble. 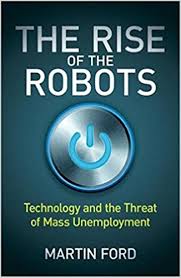 A growing body of technological experts and even some economists are starting to question whether the impact of digitalization is actually positive for civil society as a whole. A fantastic example of this line of thinking can be found in Martin Ford’s “The Rise of the Robots” which essentially argues that digital technology is making the world more economically unequal and will potentially destroy hundreds of millions of jobs across the industrial societies.

Autonomous taxis, for example, will not have any taxi drivers and if you think through the implications of advanced manufacturing technologies, including 3D printing, you may bring manufacturing back to the West from low cost countries but will probably not bring back too many jobs except for high level technicians and maintenance personnel.

Ford also explores the impact of AI‘s and expert systems on, what are often called, knowledge workers. In his view the trend toward offshoring is just a first step towards either full automation or the simplification of complex tasks so that lower wage people can do them.

We had Guruduth Banavar, Chief Science Officer, Cognitive Computing from IBM  at IESE’s building in New York City almost two years ago and he gave an amazing speech discussing the potential for his team’s Watson program to change the world’s industrial landscape. Ford discusses Watson at length as well as other algorithms that can do everything from write newspaper articles to grade student’s term papers and even develop scientific principles.

On the question of the impact that Watson and other AI’s would have on employment, Dr. Banavar appeared to understand that the impact would be painful but felt it was unavoidable.

The technologists answer to the displacement of workers has always been that Schumpeter’s “gale of creative destruction” will of course destroy the old as it brings in the new and thus any jobs lost to automation will be offset by new jobs created in industries and functions we don’t even know about yet.

The issue with digitization is, however, that it is happening much faster than earlier disruptions and will give people less time to adjust, retrain and get their heads wrapped around a changing world. Ford also believes that this time things will be different as he simply does not see a clear path to replacing the jobs and guaranteeing middle class prosperity.

The problem is that as a result of the middle class losing purchasing power and feeling threatened, it appears to be turning to populist solutions. While it may be pre-mature to link digitization with Brexit, Trump, and the rise of Marine Le Pen, looking ahead I see very dark clouds on the distant horizon.

History tells us that large numbers of unemployed young men are the most dangerous force in the world. An analysis of revolutions, civil wars, and terrorism often, if not always, finds large groups of such people yearning for meaning and purpose and ready to believe a strong leader who tells them who to blame.

The dystopian science fiction future of the human race fighting a war with computers is, i feel, very unlikely. What is possible is that digitization leads to entire segments of the population to have little or nothing to do and that could lead to revolution, war or worse.

One thought on “Digital’s Dark Side: Inequality and Unemployment”