Since I wrote a post about Venezuela two weeks ago, the death toll has risen above 80 and STRATFOR is reporting that the Maduro regime has begun to turn on itself, making it even more unclear what the next few weeks or months will look like and how long the suffering of the Venezuelan people will continue.

Last semester, a few of my MBA students did their term project on what strategy a pharmaceutical company should follow in Venezuela as the crisis continued to deepen. The issue is that the company had been active in Venezuela for many years but, of course, was not making any money during the crisis and seriously considering withdrawing.

The case of Venezuela highlights the importance that international companies should place on following political and geo-political trends in the places they do business. It is also a good example of a framework for looking at geo-politics that I find to be particularly useful when speaking with business people and is very loosely based on accounting terminology.

In business, managers look at fixed assets that are purchased for long-term use and are not likely to be converted quickly into cash, and at current assets that have a shorter time frame and are defined by accountants as those that are expected to be used within the next year.

The framework for geo-political analysis I use with business leaders is based on this idea. In the first place, there are some aspects of the situation of a specific country or region which are fixed and will only change over many decades or centuries, if at all. These features include the topography of a region, its natural resources and location, as well as its past history.

Looking at Venezuela, the country has the world’s largest oil deposits and is located conveniently close to the United States as well as enjoying a temperate climate with abundant water supplies. It also has an advanced industrial economy and a generation of engineers and managers who would be able to re-build the country if given the chance. In other words, Venezuela has the potential to be very, very rich. 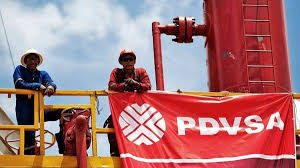 Analogous to current assets will be aspects that will change in the next few years, extending the timeline of accountants. Such current features include the government in power, the moment in the economic cycle, and more volatile issues such as trending topics in the press and social media. The pending collapse of the Maduro regime is very much a current aspect of its geo-political situation as are the daily protests and the potential collapse of PDVSA, the state oil company which is reportedly out of cash.

For geo-political analysis there is a third group of aspects which fall somewhere in between these two categories, as they are subject to change although their time scale is likely to be longer than a few years. I call these aspects semi-fixed aspects as they normally behave as fixed features until they begin to evolve or even change quite abruptly. In this category I place features such as the industrial fabric of a region or country or its political system. In Venezuela, the primary semi-fixed feature has been the government of Hugo Chavez, which has now morphed into the regime of Nicolas Maduro.

From a managerial viewpoint, the strength of the framework lies in isolating what is truly fickle and ambiguous from what is fairly certain and steady. This will allow executives to focus their time on what is most important and potentially allow them to perform more targeted risk analysis.

If I was responsible for a multinational with a history of involvement in Venezuela, I would focus on the longer term and try to find a way to continue to help the Venezuelan people and do everything possible not to leave them in their time of need. I would also strive to find a way to do that without giving support to the current regime.

My conviction is that with or without foreign intervention, Venezuela will eventually emerge from its current nightmare and come back as a prosperous country. Companies which are perceived to have been on the right side of history will clearly benefit in the long run and will have done the right thing in any case.