Of all of the damage that Donald Trump has done to the office of President of the United States, perhaps what will be the most difficult to repair is the doubt he has sown on the objectivity and veracity of some of the most respected media outlets in the world.

As is increasingly becoming clear, one of the ways that Trump managed to narrowly upset Hilary Clinton was by the systematic dissemination of spurious and false stories in social media and in particularly on Facebook and Twitter. It is increasingly becoming clear that these stories were spread by specially constructed software bots which took advantage of the site’s structure and spread such stories tens of thousands of times as shown by a fascinating paper published by a team at the University of Indiana.

The Rise of Fake News

The name given to such lies has become fake news, literally made up news stories designed to discredit political opponents and move public opinion. Breitbart media and other right wing web sites churned out thousands of such stories and managed to actually move the debate into a new place in which facts became something that could in fact be debated even in more objective and even mainstream media. Planting false stories in the news media is certainly not new but it seems that not long ago such stories only appeared in the most lurid supermarket tabloids and involved such things as alien abductions and unlikely romantic entanglements of hollywood stars.

Fake news is related to, but different in my view, from the standard manipulation and distortion of facts which has been a mainstay of politicians for many years.  The thing about more conventional distortion is that it can be challenged and eventually, the truth will win out. The problem with the sheer volume of fake news, and the active participation by the president of the United States in its dissemination, as people start to believe it and have doubts about real media outlets which are still committed to journalistic standards.

What President Trump has done is to blast news outlets which do not agree with him or who have an editorial bias he does not like, as purveyors of fake news. According to Politfact, a web site, he even claims to have coined the term. In this he is, according to Michael Kranish and Marc Fisher, following a pattern of behavior he learned many years ago from his mentor Roy Cohn which is called the counterpunch. The basic idea, is to strike back at any allegations with overwhelming force to at least confuse the issue.

So what should the leaders of major news outlets be doing – both externally and internally?  What steps should they be taking, or even considering, to ensure staff morale and the futre of their business?

For me the only way forward is to double down on the journalistic integrity and professionalism which made these media properties mean something in the first place. Journalists will only work for organizations which stand for something and protect their people in the face of political pressure.

The Times, for example, has a very clear idea of its core purpose and stresses Fairness, Integrity, and Truth and has published guidelines for the behavior of its people which can be found on its website. Aiden White, the founder and Director of the Ethical Journalism Network, a U.K. based organization, offers five core principles as follows: 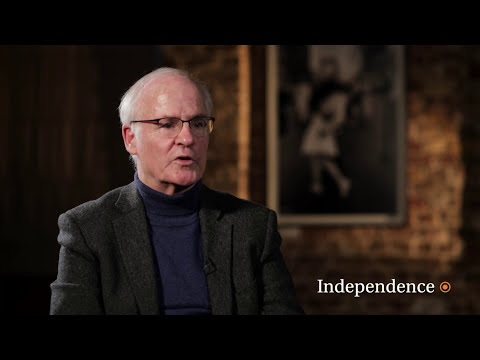 The challenge is how to build such principles into a modern newsroom which can be active 24/7 in real time and deploy content onto multiple outlets and formats without making mistakes. In my view each organization needs to find its own way forward as it figures out which positioning to offer the public and advertisers such as providing deep analysis, real time video, engaging personalities in front of the camera or whatever. In the end media is about story telling and the news is about telling people what is going on in their world. The New York Times is betting on depth as discussed in a post a couple of weeks ago.

Truth and decency will, in the long run, win out over lies and corruption and Donald Trump will eventually be brought down by his own attempts to manipulate the people of the United States with fake news.