Paddy Miller, who just arrived in Barcelona after a few weeks in Cape Town called my attention to the city’s water crisis which appears to have reached the point of no return!

For the last three years Cape Town, with a population of about 3.7 million people, has been facing its worst draught in its history. Although the city has been investing in improvements to its infrastructure and encouraging residents to save water for months, the situation has become so severe that it is likely to become the first major city to run out of water!

Helen Zille, The Premier of The Western Cape, the province of which Cape Town is a part,  has made an appeal to the population and has stated that the city will run out of water in April if residents do not take emergency measures and use less than 50 liters of water per day. She said that the province has assumed control of the situation and that it has the potential to be the “disaster of all disasters”. 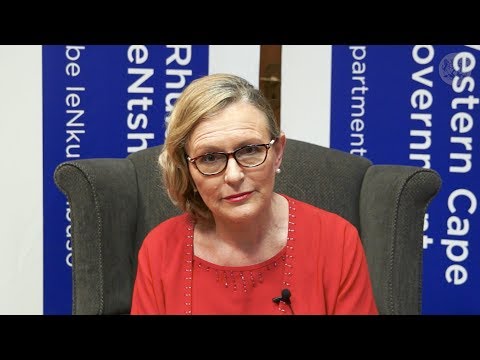 What Cape Town is projecting is the point at which the city’s reservoirs drop to 13.5 % of their capacity after which emergency measures will be put in place. This will mean that city will turn off the water across the board and residents will need to line up at designated points to receive their daily ration of 25 liters (6.6 gallons) per day. Hospitals and the public taps in the city’s slums will be left on but all private homes will be shut off.

Cape Town knew the crisis was coming for the last couple of years and has been taking steps to head it off. One was to urge residents to use less water and per capita consumption did come down to under 100 liters per day but experts say that is still not enough.

The city has also started to build desalination plants and groundwater pumping stations but of 7 major projects, only one appears to be on schedule as shown in this infographic which is published by the city. 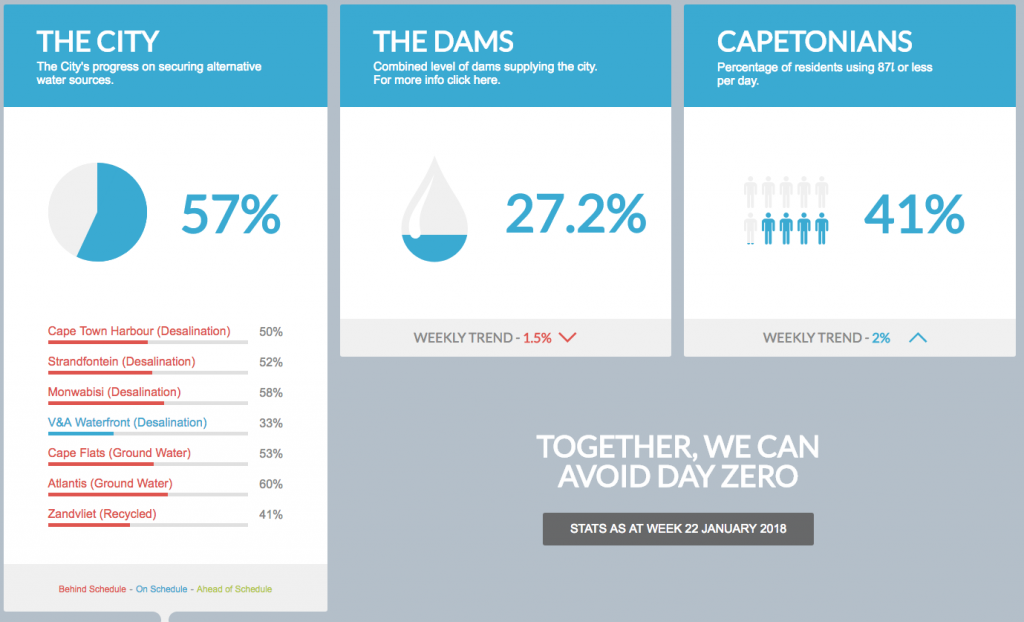 The crisis has already caused political fall out with the city’s mayor, Patricia de Ville having lost the confidence of her party The Democratic Alliance, but has refused to step down.

A similar story played out in the American West during 2015 and 2016 and while the worst effects have eased in California and Nevada according to the National Oceanic and Atmospheric Administration, scientists fear that massive draughts will be part of the future for many parts of the world. 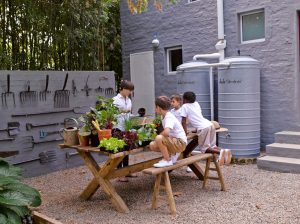 Paddy Miller explained that most houses in Cape Town have installed extra water tanks – called JoJo tanks, to capture rain and to give residents a bit more leeway in the face of the emergency. Maybe all of us should begin thinking about water conservation and Jo Jo tanks!

One thought on “No water in Cape Town”