The headlines from the Geneva Auto show last week indicate that electric vehicles are finally approaching what Malcolm Gladwell called The Tipping Point in his book by the same name. Whether they actually make it still remains to be seen but is, in my view, becoming increasingly likely.

During the first years of the last century the automotive industry was essentially in a start up mode and the electric vehicle was a serious contender. In the end the internal combustion engine won that battle and has been dominant ever since. Academics use the idea of dominant design to describe the technological solution that eventually comes to be considered normal in a specific application or business sector. What typically happens in new, emerging industries or segments is that different entrepreneurs try different things until somebody gets it so right that all others eventually fall into line.

For Gladwell, a phenomena reaches the tipping point when a few influential people switch over to it, the overall context or environment supports its adoption, and when the trend is “sticky” enough.

In the case of the electric vehicle there were about 750,000 EVs sold around the world in 2017 and while this is not even 1% of all vehicles sold, the people buying these cars as well as hybrids and plug in hybrids are often the kind of people others look to for guidance on the issue of the environment and how to balance our modern lifestyle with the world around us. In Norway EVs have reached about 30% of new car sales.

Rising concerns about local air pollution, climate change and energy independence all point to the an overall context that is supporting the switch and the backlash against the Volkswagen diesel scandal has led a number of cities to push forward legislation that supports the move to EVs. In many parts of the world EVs pay lower taxes, tolls, and sometimes receive direct government subsidy.

The final idea is that with essentially every major automotive company as well as a number of well financed start ups developing and launching electric vehicles, the technology itself is improving quickly and becoming “stickier”.

Vehicles such as the Tesla 3 and the new Nissan Leaf have plenty of range, comfortable interiors and reasonable prices. In his series of books about innovation and disruption, Harvard’s Clayton Christensen makes the point that the dominant design can change when the new technology becomes “good enough” on certain characteristics while is much better on others and he goes through an analysis of the electric vehicle in the Innovators Dilemma which he published in 1997! With ranges exceeding 250-300 KM most EVs are good enough for most of our driving needs and charging networks are increasingly available.

More radical designs take advantage of the ability to put batteries in the floor of the vehicle and motors on the wheels to completely re-design the vehicle architecture. When these ideas are added to self driving cars, the possibility become extremely interesting and appealing.

The Economist also has put forward this idea of EVs reaching the Tipping Point and do so in a 6 minute video which also discusses some of the implications of the what the change might mean. I will discuss these implications in my next post. 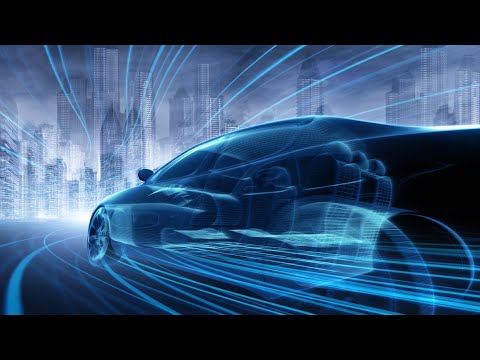