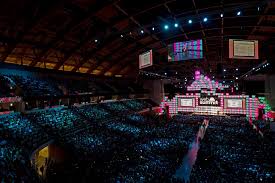 Last week IESE had a presence at Web Summit in Lisbon and in addition to some of my colleagues and our Dean, Franz Heukamp, I was also invited as a speaker. My contribution was to hold a round table on some of the geo-political issues facing the world which was interesting as Jair Bolsonaro had just won the Brazilian election and the United States was holding the mid-term elections which produced a decidedly split outcome.

Web Summit is a platform where approximately 70,000 people come each year to talk about start ups on the web. There are thousands of entrepreneurs, potential investors, and large corporates who use the event to recruit their next generation of talented young men and women who are building the digital future either by being experts at coding or by understanding how these ideas can affect people’s lives and thus be able to make them financially viable.

Probably the most interesting part of the event were the pitches or presentations made by start ups to raise funds or awareness for their ideas in just a few short minutes. It was impossible not to get caught up in their enthusiasm even though I am normally a bit skeptical as to whether the world really needs another App and if all of the different applications of block chain and artificial intelligence would actually happen. What was clear is that many of the companies are setting out to disrupt older business models, such as insurance agents and personal trainers, and some will be successful.

There are also large keynote speeches held in the 15,000 seat Arena as well as a number of parallel sessions which get anywhere from 5 to 500 attendees on different stages, platforms and round tables. Four of the speeches, in particular, struck a chord with me and have had an impact on my thinking about the future.

The conference was opened by Tim Berners-Lee, the CERN scientist who first developed the protocols for the World Wide Web back in 1989. I had read his book, Weaving the Web, many years ago but was reminded both at how relatively recent the web itself is and also how for mainly millennial audience around me, it had been a feature for their entire life. Berners-Lee was at the conference to propose his new Contract for the Web which is a set of 9 principles that he hopes governments, businesses and citizens will adopt to foster human progress and curtail some of the negative uses that his invention has spawned. This theme was repeated again and again throughout Web Summit as there appears to be a growing consensus that some form of restraint or regulation is needed as the technologies enabled by the web expand and mature

Another part of the opening ceremony was a talk given by Lisa Jackson who had run the Environmental Protection Agency under Barak Obama and now led Apple’s sustainability efforts. While I certainly applaud the steps Apple is taking which include using recycled aluminium and running its stores and data centres on renewable energy, what was missing from her talk was an honest discussion about the company’s global tax policy which I disagree with.

On the second day of Web Summit there was an afternoon event called Planet Tech and while the whole event was worthwhile, two speakers were also remarkable. One was Christiana Figueres who had led the UN in its efforts to broker the Paris agreement on climate change back in 2015. While Ms. Figueres recognised the current political challenges including President Trump, her conviction is that the world is moving towards a low carbon economy and that this is the biggest business opportunity of all time and will generate 65 million new jobs. Her unbridled optimism is highly contagious.

The last speech which truly moved me and the rest of the audience was made by the Sustainability Officer of Patagonia, Rick Ridgeway, who like most people in the company is a mountaineer and passionate about the natural environment. Ridgeway closed his speech with a quote from Mary Oliver’s poem Summer Day which is:

In the context of Web Summit, with all of its entrepreneurial energy, and Ridgeway’s story, the words had an almost magical and deeply inspirational effect. At Planet Tech there were hundreds of mostly younger men and women launching start ups to help combat climate change and achieve the world’s sustainable development goals with big data, machine learning, and connectivity.

The event left me more hopeful than ever that we will be able to solve our problems.