A couple of weeks ago, the United States elected a Democratic majority to the U.S. Congress while the Republican party managed to hold on to the Senate. The election result is a set back for President Donald Trump but also a reminder of how the system is supposed to work. If one party or administration goes too far, the electorate will push them back towards the political center achieving what the founders of the country called checks and balances. 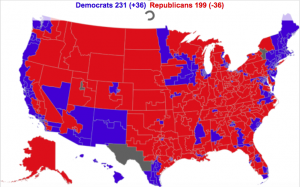 There are other checks such as the U.S. Senate, which has to approve the very top positions in the government, and the Courts, which can question the legality of laws but in the end of the day, the people are sovereign. In the case of the Trump administration, the Republican Senate has, in my view, done a very poor job in vetting Trump’s senior officials and the truth is many of them have had to resign or been fired by Trump himself.

The courts have limited some of his most crazy ideas although the process of challenging things in court and having them run through the system takes time. In terms of the future, the Senate approved the nomination of Bret Kavanaugh (50-48) to the Supreme Court giving conservative justices a 5-4 majority which is likely to slowly change the law on a number of issues which deeply divide the country. I did write a post a few weeks ago discussing what we know about Kavanaugh’s legal record which has  been largely about reigning in Obama era regulation.

The good news is that an estimated 49% of registered voters went to the polls for the mid term elections. While that superficially might seem low as more than half the country did not vote, it was much higher than the 34% who voted in the last mid terms and thanks to the votes of young people, women, and minorities, the Democrats were able to win the house and came very close to winning a number of other contests such as Senate seats in Texas and Florida and governorships in Florida and Georgia. 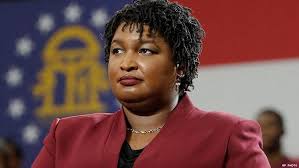 The bad news is that the elections in both Florida and Georgia were tainted by gross mismanagement and perhaps even malfeasance. In the race for the governor of Georgia, for example, the Republican candidate, Brian Kemp,  was actually responsible for the election itself in his former role and it seems that there were very long lines and logistical problems in black neighborhoods which could have been deliberate. Mr. Kemp defeated Stacey Abrams by less than 60,000 votes and she has conceded the race.

What is shocking about the situation in Florida is that the state has not managed to get its act together 18 years after making a mess of the presidential election which resulted in Al Gore losing to George W. Busch in 2000. That election was called for Bush by 537 votes which led to his becoming President and there were charges and counter charges about sloppy election machinery and a process that was biased by the Republican Governor, Mr. Bush’s brother Jeb.

Trump’s response to the close votes was to repeat his unsubstantiated claims about illegal immigrants voting and then went on to fire his own Attorney General, Jeff Sessions. Trump has appointed, Matthew G. Whitaker,  who served as Mr. Sessions Chief of Staff, as his replacement. According to the New York Times,  Whitaker’s qualifications for the job are not convincing and he may be there to shut down the investigation of the Trump campaign in 2016. 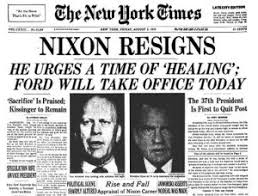 45 years ago another Republican President was under investigation by a Special Prosecutor and thought that firing him would end his legal problems. In 1973, Richard Nixon told his Attorney General to fire Archibald Cox, who was investigating the Watergate break in and cover up, and when he refused, both he and his deputy ended up having to resign.

Nixon was forced out of office under threat of impeachment in what is the ultimate check on the power of the presidency. Donald Trump appears to be following in his footsteps although it will be difficult to see how the Democrats will convince 19 Republic Senators to vote to convict unless the evidence on Russian collusion is clear and compelling.