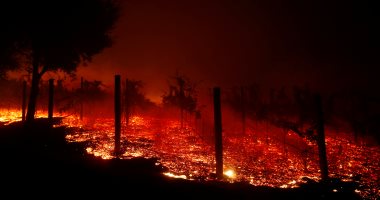 In November last year a devastating fire raged in Butte County California. The Fire killed 86 people and destroyed $ 12.5 billion dollars of homes and buildings in and around the town of Paradise.

I visited Paradise last year just and was impressed by the natural beauty of the town which is located high up in the foothills of the Sierra Madre along an impressive canyon. We drove through residential neighborhoods around the town many of which were caught in the firestorm.

In his book, Collapse, UCLA’s Jared Diamond talks about forest fires and the the link to human habitation. The essential idea, which is basic forest management, is that fire is a natural phenomena in the forest.

The mechanism is that every few years, lightening will start fires which burn through undergrowth i.e. small trees and shrubs but that such fires are not hot enough to affect older and taller trees. By clearing the smaller vegetation, such fires help the bigger trees to grow and prosper and this process is healthy and natural for a forest.

Diamond’s point was that when people choose to live in a wooded area, such brush fires are scary and dangerous and thus the local fire departments will rush to extinguish them. Over time what happens is that the smaller trees become medium sized and provide what forest management people call “ladder fuel”. Brush fires can be hot enough to burn medium sized trees while in turn can get to the taller bigger trees. If things get hot enough the fire will cause the kind of devestation seen in Paradise.

While the fires themselves are deadly, the smoke caused by fires affects millions of people who live nearby making it difficult to go outside or even get around due to highway closures, roadblocks, etc.

According to NASA’s Earth observatory, wild fire seasons have been getting longer and longer for the last 35 years due to higher temperatures, lower humidity, more rain free days and higher winds. According to NASA the root cause of the changes are the timing of snow melt and spring rains which have been affected by global warming. 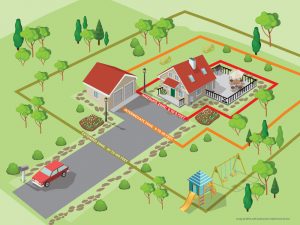 The good news is that there is much that homeowners, neighborhoods, and towns can do to minimize the risk of such devastating fires. My sister, for example, lives in Ashland, Oregon which is a beautiful town located just north of the California border. There are trees everywhere.

A number of the neighborhoods in town have adopted the guidelines put out by the National Fire protection Association (NFPA) and are declared FireWise Communities. The program offers training and resources to sharply reduce the risk of fires spreading from the deep forest to residential communities.

The idea is to carefully groom the immediate vicinity of a house and remove sources of fuel that can act as a ladder to big trees and the house itself.

According to NBC news preparation for the fire season is being impacted by government shut down in the United States caused by Donald Trump’s insistence in building a wall on the Mexican Border despite opposition form congressional Democrats.