Last week, one of my students sent me a blog post on Venezuela. He wrote about the current situation and what many, and probably most Venezuelans want, which is free and fair elections and an end to the Maduro regime 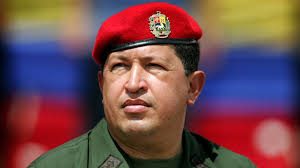 In my view, Hugo Chavez was a complex figure and my guess is that he started off as a true patriot who only wanted what was he thought was best for the people of Venezuela. In hindsight we can see that his government made a number of choices which led to corruption, the collapse of PDVSA and the destruction of the Venezuelan economy Probably the worst thing that Chavez did was preparing the ground for Nicolás Maduro.

As I have written in the past, while one can argue about Chavez and his fundamental motives, there appears to be no question of that the only thing that drives Maduro and his cronies is power and money. This might not be so bad if they were at least competent but the last four years has taken Venezuela from bad to worse and it is time for him to go.

The tragedy is that in terms of its fixed geo-political assets, Venezuela is rich. The country currently has the world’s largest oil reserves, is conveniently  located less than 3,000 nautical miles from Texas and enjoys a wonderfully temperate climate. In terms of semi-fixed aspects, Venezuela also has a well educated middle class and a population which is largely friendly and hard working.

What the country needs is sensible and balanced political leadership. The national oil company PDVSA, for example, has been in free fall for the last few years and its production has fallen as a result of underinvestment, mismanagement, and a lack of qualified engineers who have either been purged or fled the country. The Council on Foreign Relations has published a terrific essay on the future of PDVSA given the current situation which you can find here.

PDVSA bought Citgo in the stages in 1986 and then in 1990 in a move to secure its access to the U.S. market for gasoline and diesel fuel due to its refineries in Texas, Louisiana, and Illinois and network of gas stations across the central and eastern part of the country.

Back in 2017 a number of Citgo executives were called back to Caracas and immediately arrested on corruption charges and six of them are still in jail and awaiting trial. According to Fox News, five of them men are U.S. citizens and they are being held hostage. To make things even more complicated, Juan Guaidó, who has proclaimed himself acting President of Venezuela, has named a new Board of Directors for Citgo.

The battle for the control of Venezuela is not, in my view about oil. The United States is increasingly close to energy independence thanks to tight oil and shale gas and has no essential reason to get involved. As my student, Tomas Blanco Velazquez, correctly points out, Venezuelan oil was shipped to the U.S. on a steady basis throughout the Chavez and Maduro regime.

Oil sales did represent , however, 90% of the country’s exports and the revenue is needed to rebuild Venezuela after years of neglect. This will require as much as $20 billion in investment and the return of tens of thousands of Venezuelan engineers and managers. All of this requires free and fair elections and some guarantee in the future of the country’s institutions.

For the sake of Venezuela, lets hope that some country offers Maduro and some of his top people a place to go.