Greta Thunberg is a sixteen-year-old student who has been skipping classes on Fridays to protest against the world’s lack of urgent action on climate change. Her message has resonated widely and last Friday, as many as 1 million kids and young adults joined protests in 2,000 cities in 125 countries to join the campaign. The massive mobilization of young people on this issue is unprecedented and deserves our attention and support.

You can watch her Ted talk on the subject below. One of the most compelling parts of her speech is when she talks about celebrating her 75th birthday in 2078, much later than most of us are thinking about the impact of climate change. 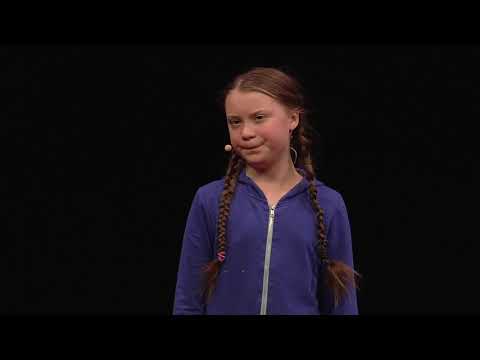 While I normally avoid using Wikipedia as a primary source for information, it has a list of the student strikes which have been building since Ms. Thunberg first started skipping school on Fridays in August 2018. What I found most compelling is the list of sources for the Wikipedia entry, which are in a number of languages, all reporting local groups of students who are organizing to push forward the idea.

Overall the goal of the students is to call for a fast transition to renewable energy and essentially to heed the warnings of the latest report of the IPCC which you can find and download here. In addition, different groups of students call for different things.

The Australian group, for example, also calls for a moratorium on the Adani or Carmichael coal mine. The project is in Queensland and is being developed by Adani, an Indian conglomerate which has other investments in Australia.

My understanding is that the controversy over the project has to do with Adani’s overall environmental record as well as its location close to the Great Barrier Reef. The thought is that if the entire region were to be developed for its coal resources, environmental damage will likely follow. You can see what the opponents to the project have to say about it on one of their websites, here.

The demands of the English group, the UK Student Climate Network, are broader in scope. Their four demands are shown here and you can also follow the link.

What is clear in reading the different websites, lists of demands and links of the different groups is that the students are sincere in their efforts to call attention to the issue. It also appears that they are getting some support in terms of organization, website design, donation management, etc. from adults or least young adults and I applaud those who are giving their support.

According to Climate Strike, another website, the idea for the strike originated in the Global Youth Summit in 2015 and why I find this interesting is that it was not until Greta Thunberg stepped forward that the whole idea really began to take off.

She is clear, articulate and comprehensive in her call to action. She also makes the point that she is on the autism spectrum and therefore has difficulty lying. She therefore speaks the truth as she sees it.