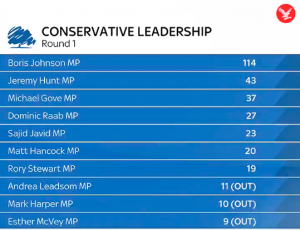 On Tuesday the 18th, the 330 members of parliament from the conservative party will vote to determine the new Prime Minister for the United Kingdom in the second round of voting. In the first round, only those who had at least 5% of the vote were allowed to continue and the requirement goes up to 10% or 33 votes in the next round.

The best person for the job in my view is Rory Stewart, a Scot, who represents a district in the North of England just south of the border. In the first round of voting Stewart received 19 votes which has kept him in the race although he was in last place and far behind Boris Johnson.

The Party will hold up to 6 votes over the next few weeks with the candidate with the lower number of votes required to drop out until only two are left. Stewart appears upbeat despite his numerical disadvantage and has insisted that in the end it will be a choice between him and Johnson. By Tuesday he needs to secure an additional 14 votes just to stay in the game.

To a large degree the leadership contest is dominated by the candidates’ positions on Brexit but for me there are many other issues facing the world in which the United Kingdom, either inside the EU or outside of it, plays a critical role. Two such issues in the news this week are the increasing protests in Hong Kong and the latest crisis in the Gulf. 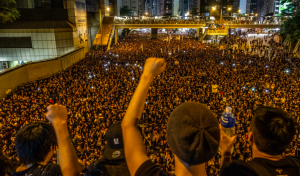 In Hong Kong, millions of protesters took to the streets to force the city’s administrator, Carrie Lam, to rescind a rule that would allow Chinese authorities to extradite Hong Kong citizens and are now calling for her resignation. The issue today, like during the 2014 umbrella protests, is that the many of the city’s 7.5 million residents simply do not trust China and feel their institutions, built by the Brittish, are being attacked.

On the other side of the Indian Ocean, someone has attacked oil takers in the last few weeks, two on each side of the straits of Hormuz creating an increasingly tense situation between the United States and Iran. The American administration accuses the Iranians of carrying out the attacks which it vehemently denies. 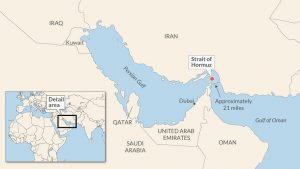 Since 1995, the United States has based its fifth fleet in Bahrain to protect the enormous volume of oil and gas that flows through the straits every year.

According to the BP’s Statistical Review of World Energy, the countries of the Middle East exported over 1,138,000,000 tons of oil to the world in 2018 which is a little over half of the global total. The thing is that the United States actually only takes less than 8% of oil from the Middle East and could probably survive without it. 75% goes East to India, Japan, Indonesia, Singapore and China. China for example gets about half of its external oil from the region.

The United Kingdom took responsibility upon itself for keeping the sea lanes open on both sides of the strait for over 100 years and was deeply involved in the region until 1971 when it withdrew from both sides of the Persian or Arabian gulf depending on what you choose to call it. The UK did, however, stay very much involved with Oman and was instrumental in Sultan Qaboos’ rise to power in 1970 as well as providing assistance to his government every since.

Like his friend Donald Trump, I will be concerned about Boris Johnson’s depth, ability and temperament to deal with crisis like these. Stewart, on the other hand is not only well read, he is also very well travelled and is the author of five books. 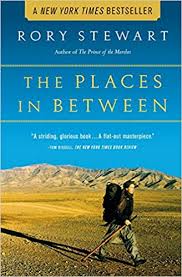 One of his books, The Places In Between (Mariner, 2007) tells  the story of his walking across Afghanistan in 2002 just after the fall of the Taliban. He had actually walked alone across Iran, Pakistan, India, and Nepal as part of the trip. I read the book over the last few days and although Stewart is clearly a loyal member of the Conservative Party, he does understand the limits to power and the complexity of the world.

In a column in the Telegraph, Tom Peck, insisted that Stewart did not have much chance to pass the first round of voting becasue he feels compelled to speak the truth.

While I may not agree with his support for Brexit and other conservative policies, the world needs leaders who understand its complexities and will tell people the truth. If he can walk across Asia then maybe he can emerge as one of the finalists and beat Boris!