While the political leadership of a number of countries including the US and Brazil appear to be going the wrong direction in terms of environmental protection, Industry is going ahead. Thousands of companies have adopted the Global Reporting Initiative (GRI) standards for reporting their environmental performance and going far beyond what is required to comply with regulations.

One sector which is moving forward is the global mining industry. Mining, of course, has an enormous environmental impact but that impact is typically confined to the site of the mine and the beatification or processing plants of the ores that are extracted.

In addition to the industry specific guidelines that GRI provides, the large international companies also adhere to the ten sustainable development principles of the International Council on Mining & Metals (ICMM). Mining pays particular attention to both the environmental aspects of their activities as well as the social impact they have on the communities in which they operate.

The issue which is at the top of the list in terms of materiality to both business and stakeholders is the integrity of the dams that hold the tailings from the mines. Tailings are the mud, rocks, and other waste from the processing of ores which are suspended in water and needs to sit for extended periods of time. They are usually placed in artificial lakes adjacent to the processing facilities and can also contain heavy metals and other contaminates depending on the mining process and the thoroughness of the site’s water treatment plants.

On January 25th this year, a tailings dam at the Córrego do Feijao mine in Brumadinho, Brazil gave way flooding 295 hectares including the administrative offices of the mine itself and flowing into the Paraopeba river. 245 people are known to have dies in the accident and another 25 are still missing. The mine is a joint venture between Vale and BHP but is operated by Vale and they have assumed reposnsibility for the disaster. Vale insists that the dam was well maintained and complied with all the necessary permits and inspections and you can see their position in their 2018 sustainability report found below. 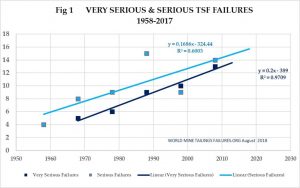 World Mine Tailings Failures is a watchdog non for profit and keeps a database of such failures and have a different view of the disaster in Córrego do Feijao. Similar disasters have occurred from time to time in the industry including a similar collapse at a  mine called los Frailes in Spain which threatened the environmental sensitive Doñana national wildlife preserve in 1998.

The good news is that Vale and its global competitors are paying increased attention to the issue as well as a number of other environmental and social issues.

Mines typically use large amounts of water in the mining and processing of ores and most large companies have put a process in place to measure the water they use and to recycle as much as economically feasible particularly in areas suffering from water stress.

Another issue that mining companies are paying close attention to is the carbon footprint of their operations as well as other contaminants such as SOx, NOx and other pollutants and waste. Interestingly enough some companies, such as Rio Tinto have phased out their production of thermal coal and make the point that the minerals they produce such as aluminium and copper are needed for the creation of a low carbon economy.

Mining companies are also looking downstream in to the entire value chain that reaches the end user. Rio Tinto, for example, is developing a emissions free aluminium smelting process together with Alcoa and ERG is working with block chain technology to provide traceability to ensure that cobalt is made without child labor and outside of war zones.

Besides commit¡unity development, the most central issue facing mining companies is worker safety as mining continues to be dangerous and almost every major firm has a few fatal accidents each year. 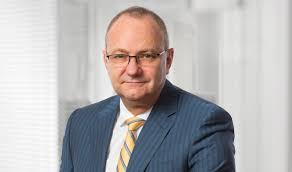 Anglo American goes even further than most of its competitors across all of the major sustainability areas. Anglo’s CEO, Mark Cutifani, has the conviction that only the most sustainable mining companies will be given a licence to operate in the future and has committed his company to the development of a number of technologies designed to make mining both safer and cleaner in the years to come.

While many ecologists express legitimate concerns about specific sites  and companies in many places around the world, the leading companies at least are taking sustainability seriously and making it a priority for Senior Management and even their boards of Directors. If interested I suggest looking through some of the sustainability reports below:

One thought on “Mining of the future today”