This week I have taken Strategy and Geo-politics to India. I met with IESE Alumni in New Dehli Friday night, and then made a similar speech to perspective students and alumni in Mumbai on Sunday and Monday night in Bangalore. As part of the trip I also managed to meet with other business leaders, diplomats and educators.

What makes the trip even more interesting than it normally wold be is the particular geo-political situation in India at this moment in time. This has to do with the events connected to Jammu and Kashmir that have played out over the last few months. 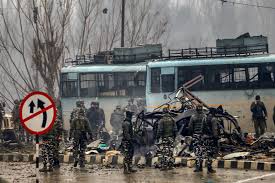 If you have not been paying attention, in February there was a brutal suicide attack in Srinager (Kashmir) which killed 42  para military recruits. India responded by sending its warplanes to bomb the training camps of the terrorists who it thought were responsible which are located in Pakistani territory. Although India has claimed that heavy casualties were inflicted on the group, Pakistan has insisted that the bombs fell harmlessly in the forest. Pakistan later shot down an India plane publicly returning the pilot and then went and bombed unoccupied land in India as a response.

All of this happened just a couple of months before India’s general election which Prime Minister Narendra Modi’s BJP party won in a landslide of support. Before the most recent conflict with Pakistan, opinion polls showed it likely that Modi’s government would lose votes and he would have a difficult time assembling a majority in the newly elected parliament. 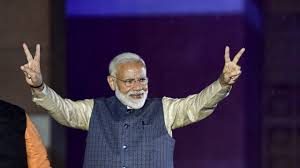 Perhaps as a result of nationalist feeling, Modi’s coalition now has 303 seats in Parliament giving him a clear majority in order to continue his policies of reform. A few weeks ago, India’s government decided to change its policy in Kashmir and Jammu and suspended article 370 in the Indian constitution which granted the province a special autonomous status within India.

Pakistan has responded with political statements by its Prime Minister, the former cricket star Imran Kahn who has declared that he will continue to work for the Freedom of Kashmir and threats of war from its military. Kahn is trying to internationalize the situation and managed to get the UN Security Council to discuss it a few weeks ago.

The most interesting thing for me about doing these alumni sessions is the different points of view that I get to here. In India, Prime Minister Modi dominates the political landscape and different people have different views. Here are some examples:

After more than a week in India I am as confused as when I arrived. Over the last 50 years the country’s economy has boomed lifting tens of millions of people out of poverty and extending life expectancy. Our alums work in some of the most exciting companies in the country and others have made industrial joint ventures and high tech start ups.

At the same time there are still millions of poor people in the country who are only starting to enjoy modern technology. The country also suffers from an energy shortage and serious problems of air and water pollution.

With regards to the Prime Minister it seems there are two possibilities. One is that Modi is committed to reforming India and has used the issue of Kashmir and Jammu as well as the uglier aspects of Hindu nationalism to secure the mandate he needs to fix the country. The other is that he is a Hindu nationalist who uses the banner of reform to secure the support of big business and the international community.

India and Pakistan have gone to war four times since Partition in 1947 and may do so again because of Jammu and Kashmir. No one I met is seriously planning for such a contingency or any serous disruption to business as usual. In the event of conflict, would Pakistan, try to shut down India’s telecommunications and data networks? Is that technically possible?

What would that mean for global companies who depend on their people and partners in India to run their computer systems and many business processes?