In the 1990s I became increasingly convinced that business world needed to re-think its approach to the natural environment. While many of my friends and acquaintances were getting excited about the boom in internet companies, I thought that the environmental challenge was much more important and would prove to be a much bigger business opportunity in the long run. I therefore quit my job and starting teaching so I could spend more time on issues that I thought mattered. I did my Ph.D, for example, on the deployment of new technology in the automotive industry with particular interest in hybrid, battery electric, and fuel cell vehicles.

As one of the few academics studying and teaching the issue in business schools, I was often asked why I was spending my time on such a secondary issue and even received advice to change the topic of my doctoral thesis to something more “relevant”.

Over the last 20 years issues connected to the natural environment have become an increasingly visible part of the business landscape but I think that we might finally be seeing a tipping point in the response of business.

Up until now the issue has come in and out of focus depending on a number of economic and political factors. The financial crisis, for example, absorbed most of the attention of many corporate leaders at the expense of their initial sustainability efforts.

A clear spike in awareness and public commitment occurred as part of the Paris climate agreement in 2016 when hundreds of companies proudly joined political leaders from around the world in making an historic pledge to begin addressing the issue seriously.

Some of that enthusiasm appeared to dim in recent years at least in the United States due to Donald Trump’s anti-environmental policies the the collapse of a bi-partisan commitment to protect the air and water quality and combat climate change.

In an effort to keep momentum going, UN Secretary-General António Guterres, has held a Climate Action Summit, this week in New York that featured political leaders from around the world as well as youth activists including Greta Thunberg who travelled to New York by sailing yacht to keep her carbon emissions down. Thunberg chastised world leaders by asking “How Dare You?” again and again and insisting that change would happen with or without them.

While there is a view that the summit will produce little tangible results, there are a number of signs that make me think I that we may be at the tipping point.

All of this comes on top of the views expressed by Black Rock’s Chariman, Larry Fink back in 2016 and increasing interest in shareholders in looking at the environmental performance of the firms they invest in. 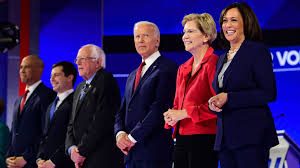 As Al Gore wrote in the New York Times last week, we can win the climate battle. Gore’s focus in the article is on the policy side and he correctly calls out the importance of next year’s elections in the United States. Virtually all of the Democratic Candidates have endorsed the idea of the New Green Deal which I discussed in this space when it was introduced.

I believe, however, that business is the force that has the most potential to lead the transition to a low carbon economy and to bring about a boom in new technology, jobs, and prosperity that the transition can bring about.

For this to happen, however, change must begin from the top and company boards must recognise that the best way for them to do their fiduciary duty is by assuring that their firms are successful over the medium and long term.

That is only possible if they find a way to add value consistent with the protection of the natural environment and it is also the only way they will be able to participate in the  transition to a low carbon economy.

2 thoughts on “Sustainability may be approaching the tipping point!”