Last week I wrote a post discussing what I thought were the issues which will decide the 2020 presidential election in the United States. Increasing political polarization is, however, a problem facing liberal democracies around the world and to a large degree the United States, and Trump himself, is just an example of what is happening in many countries including the U.K., where I was born, Spain, where I live and lately in places like Chile, Bolivia and Colombia as well as several countries in Central Europe which I wrote about in another post a few weeks ago.

In my view this polarization goes well beyond the old labels of left and right and have to do with fundamental disagreements about the nature of civil society, the role of government, and the responsibilities of every citizen and even what it means to be a citizen.

Clearly one cause of this polarization is economic as not everyone has benefited from the last 20-30 years of globalization, economic integration and automation equally. 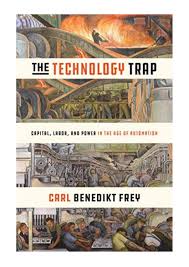 In the United States, for example, 30 years of factory automation has reduced the number of people, largely men, working in factories around the country. While automation and digitalization has created new jobs for college educated people who can manage computers, it is leaving an entire generation of people behind. Many of these men are no longer even looking for work which gives a misleading view as to the unemployment statistics. They are also living in increasing despair and for the first time in memory, the average life expectancy for white men has dropped in the United States.

Economists will tell us that eventually the economy will improve and more jobs will be created but lately, much automation has replaced or displaced labor rather than enhancing its productivity. As well documented by Oxford’s Carl Benedikt Frey in The Technology Trap,  it took approximately 3 generations – in what was called Engels pause – for real prosperity to be felt by the working class during the industrial revolution.

In many parts of the world including the United States, the benefits of automation and digitalization as well as global economic integration are seen most clearly in specific cities and hubs leaving secondary towns and cities far behind as well as the countryside. This economic inequality and the drying up of middle class manufacturing jobs is, in my view , one of the causes of polarization as well as the root cause of the election of Donald Trump,  Brexit, and the rise of populism in many parts of the world.

Another reason for the level of political polarization around the world is that not everyone actually votes except for a handful of countries in which it is obligatory such as Australia. According to the International Institute for Democracy and Electoral Assistance (International IDEA), voter turnout in 2019 was 57% in the United Staes, 69% In the United Kingdom and just 47 and 49% in Columbia and Chile. In Spain it only reached 76% even as the country had to vote a second time in the same year in an attempt to resolve the situation. 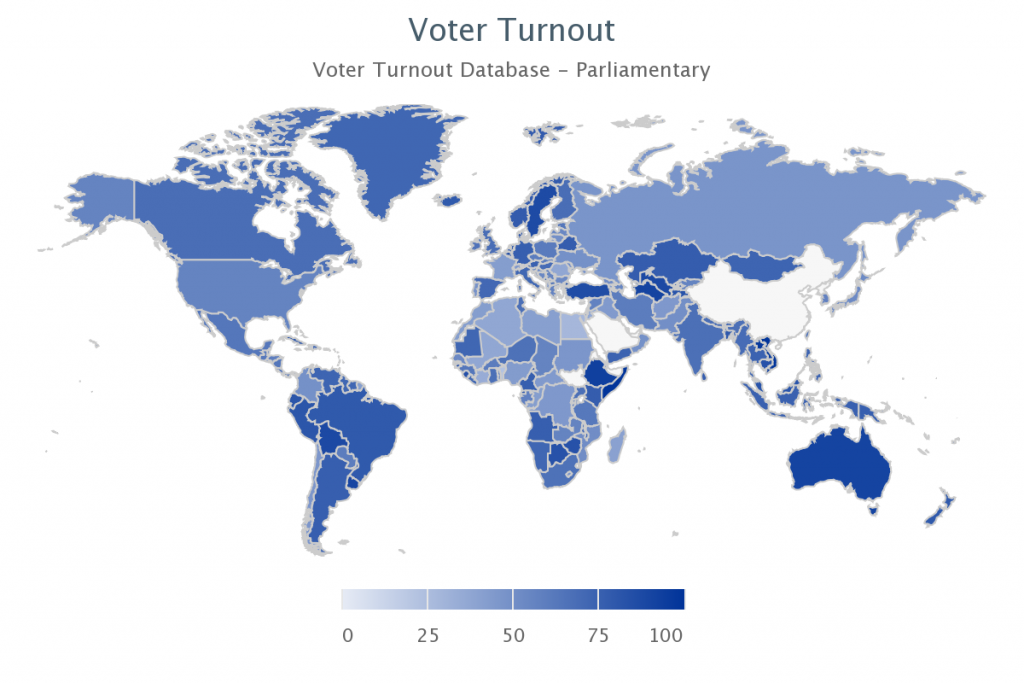 The thing is that 25 – 40% of people do not vote, then often the tone of political discourse gets sharper and even, as it is in my country, quite nasty. This is because the debate is no longer about convincing anyone about anything but getting a politician’s natural allies – the ones who agree with them anyway – out to vote.

The third thing driving this polarization is the way this sharper political discourse generates feedback loops and echo chambers within the digital and social media space. Essentially, people who agree with one another go to the same media outlets in which their views are re-enforced and where they can trade even more outrageous stories about their political opponents on social media. These stories in the 2016 election were often planted by Russian hackers (trolls) working for the Russian government and then fed into the news feeds on Facebook and other platforms causing people to firmly believe what is essentially fake news.

What makes the problem even more acute in the United States is that the current President is a pathological liar. According to the Washington Post, Donald Trump has made 13,435 false or misleading claims in the first 993 days in office and they actually track how many times he lies every day. This includes his press conferences, speeches and, of course, on his twitter account where he does his best to feed the disinformation bubble around his core supporters while decrying the traditional media outlets like the Post and the New York Times as being outlets of fake news.

Part of the story is a deliberate political strategy of mixing truth with so much other noise that normal people tune out and just go with what they believed in the first place. Psychologists have actually measured the impact of information which goes against what we believe and in most cases people not only do not change their minds but hold on to their beliefs even tighter and discredit the source.

The motto of the Post is Democracy dies in Darkness and while it is part of the problem, the media is also a key to the solution. perhaps the key challenges for the news media in the digital age is how to tell the truth when it can be difficult to determine, may take time to check, and when there is less money available for quality journalism.