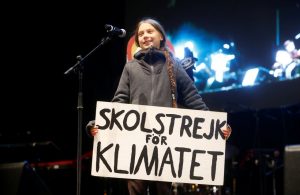 For the next two of weeks the Conference of the Parties (COP) to the United Nations Framework Convention on Climate Change (UNFCCC) comes to Madrid bringing with it thousands of government representatives, activists, business leaders and journalists. Even Greta Thunberg came to town on the night train from Lisbon. At issue is that four years after reaching the historic agreement in Paris and 27 years after signing the Framework in Rio in 1992, the world is emitting more CO2 than ever and in danger of going past the point of no return.

According to the specialists, one key issue to resolve at this year’s meeting is the details associated with Article 6 that has to do with the rules for setting up a global carbon trading system. The basic idea behind carbon trading is that if one country is ahead of its de-carbonization targets, it could potentially trade or sell it to another which is behind. As I wrote in a post last year at this time, the 24th meeting, which was held in Poland, made progress on a number of issues but not this one. For more details on article 6, you can see an article published last week on Climate Home News, a web site.

While carbon trading is clearly an important part of the overall mechanism, a second item on the agenda this week is climate finance and I think this is where were are, far, far behind. The good news is that the Global Environmental Facility has about $ 14 billion pledged to it and the Green Climate Fund has another $ 10 Billion. Both of these entities were created as part of the overall UNFCCC system and both have disbursed significant amounts of money to well deserving projects all over the world. If you are interested both organizations are very transparent and provide detailed information on how to apply for funds as well as the projects they are financing.

The problem is that according to the Paris treaty (article 54), a minimum of $ 100 billion per year will be needed to actually fix the problem at the global level and we are far from there. In a report on Climate Finance and Sustainable Cities, for example, the UNFCCC’s Standing Committee on Finance estimate a need for $ 53 trillion over the next 15 years for low-emissions infrastructure in cities and that current sources of funding will only supply about half of the money needed.

According to The Hindu, the Indian delegation to Madrid will insist that the developed countries honor the $ 100 billion annual pledge starting in 2020 to build this kind of infrastructure across the developing world. This will be much harder if the Democrats do not manage to re-take the White House in the next presidential election in the United States or the Tories win in the United Kingdom next week. While Trump’s opposition to the Paris agreement is well known, it seems that Boris Johnson has little interest in the subject as he chose not to participate in a televised climate debate a couple of weeks ago.

A third thread I will be watching for at COP 25 is the list of countries which move ahead of the targets agreed to in Paris and go further. The initiative of Chile, which was supposed to host the conference, is called the Climate Ambition Alliance and the idea is to get governments, cities, companies and investors to pledge that they will accelerate their own goals and reach net zero emissions by 2050. 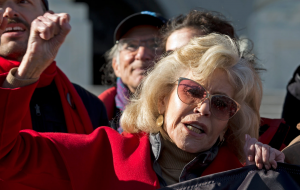 In a bid to bring greater attention to the issue in the run up to the American election, Jane Fonda has decided to emulate Greta and hold a protest in Washington every Friday. Ms. Fonda is 81 and has a long history as a political activist. A year after winning her first Oscar for Best Actress in 1971, Fonda became very active in her opposition the Viet Nam war. In an opinion piece on the front page of the International New York Times this weekend, Fonda quoted sources saying we have 11 years to cut emissions by half and about 20 to reach net zero.

As always with these meetings, Madrid will be a step forward in many respects as well as highlight how far the world has to go.