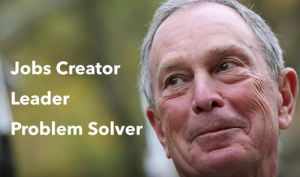 When the former Mayor of New York, Michael Bloomberg, announced he was entering the race to become the Democrats nominee in the next presidential election, I was skeptical about his chances for winning. Based on my understanding of his campaign’s approach, I have come to see how his entering the race is perhaps the best thing that could have happened whoever is the eventual nominee.

Too old, white and male?

Bloomberg will turn 78 next February and if he were to win the election he would be the oldest person to assume the office even beating Ronald Reagan who was 73 when starting his second term.

My issue is not that people in their late 70s can not do amazing things and I suspect that Mayor Bloomberg, like Joe Biden, who is three months younger, are in perfectly sound mental and physical shape.

The other is that its hard for me to see Mayor Bloomberg bringing together the different threads of the Democratic party that include younger people, African Americans, Latinos, Union members, the LGBT community and older americans who lean left but would never identify themselves as a socialist like Senator Bernie Sanders.

Barack Obama was able to win in 2008 because he did manage to bring all of these threads together and also get more people out to vote. In 2008, a stunning 62.3 % of americans actually voted compared to only 55.7% in 2016. I was hopeful that either Kamala Harris or Beto O’Rourke could pull off something similar but both have had to drop out of the race due to a lack of funds.

Senators Sanders and Elizabeth Warren both believe that they can mobilize a large group of people who normally do not vote because of their focus on rising inequality and social justice. 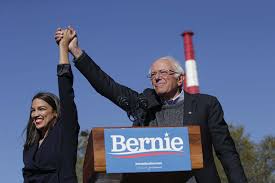 Bernie Sanders has even won the endorsement of Alexandria Ocasio-Cortez who at 29 was the youngest woman ever to take their seat in the U.S. Congress even though he is about 5 months older than Bloomberg.

Show me the money!

Despite my skepticism, what makes me happy about Bloomberg’s entry into the race are his enormous fortune and willingness to put his money at the service of defeating Donald Trump.

According to two recent articles in the New York Times, the Bloomberg campaign has much more money than any of its rivals and is using it to launch a barrage of advertisements in critical states to weaken Trump’s support. According to the Times, Bernie Sanders leads the traditional Democrats with just under $40 million cash on hand while , while Trump has over $ 83 million.

In contrast, Bloomberg is expected to spend $ 3-400 million before the Super Tuesday primaries but is, in any case, targeting swing states with a combination of TV and social media advertising designed to focus on Trump’s conduct and character according to the Times. According to Bloomberg’s campaign web site, he is also spending $15-20 million to register half a million voters.

A number of people are even more skeptical about Bloomberg’s chances including Donald Trump, Bernie Sanders and Trevor Noah, who is clearly the funniest political commentator. His issue is that Bloomberg’s fortune gets him out of touch with normal people.

Bloomberg’s strategist apparently feel that 10-15% of Trump voters really would rather not vote for the President and his ads are targeted to get them to move to someone else.

My own view is that I doubt that Bloomberg will be the nominee but welcome his putting serious money against President Trump. In the unlikely event that he does make it, we could do far worse than have Michael Bloomberg as President given his stance on the environment, education, free trade and gun control.

What he would need is a very compelling vice presidential candidate and maybe Kamala or Beto would round out the ticket. Both would help the Mayor connect to other audiences and Beto might even deliver Texas.