In a post last week I discussed the unfolding crisis connected to Covid-19 with assumptions about the future of China and made the point that young people may want to think ahead a bit when thinking about where they want to live and work.

At a deeper level, when any of us choose to live in any city or region we are also making a statement about our assumptions concerning its environmental and geo-political future whether we do so implicitly or explicitly. My suggestion is for each of us to highlight what our assumptions are and make sure we and our family are comfortable with them.

Perhaps the first issue which one should think about is the likely economic future of a given place given its role in the regional and global economy and to what degree it is considered a hub of innovation. Most economists agree that regardless of what happens with Covid-19, the next twenty years will see the continuing rise of China and other Asian countries as a percentage of the overall global economy and the mega cities of Asia will clearly be sources of economic growth.

Other places will continue to be the focus for innovation and growth in specific activities. Sillicon Valley and San Francisco will continue to lead in computer technology and applications, Boston and San Diego for advanced medical technology, etc. In 2008, Ricard Florida published Whose Your City? in which he estimates that there are around 50 of these innovation hubs around the world and he included Barcelona on his list.

Living in such places offers significant advantages in terms of job prospects and income potential and part of the challenge is to figure out which of those cities and technologies will be important over time. Florida points out, for example, that in 1990 Detroit was far ahead of Seattle but that twenty five years later the fortunes of the two cities changed in line with the fates of the large American automotive companies on the one hand and Microsoft and other software companies, that have located nearby, on the other. 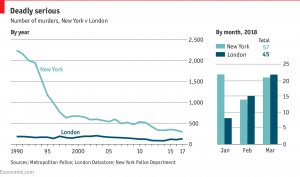 A second issue to think about has to do with the overall quality of life including the prevalence of crime, traffic patters, the quality of schools, arts and cultural activities, etc. and these aspects also change over time. Probably the best thing to do is to look for the trend line or tendency. If in, a given location, the schools have bee getting better over the last five to ten years then it is likely that they will continue to do so. New York City’s crime rate, for example, peaked in 1990 and then started a 30 year decline making the city one of the safest of the largest cities in the United States today.

The third issue is a places’s natural environment including the weather, the presence of green spaces, the condition of air and water and access to high quality food. Shanghai, for example, is a fast growing, exciting place to live and work and will clearly be one of the most dynamic cities for many years to come. There are, on the other hand, serious concerns about the city’s air quality, water purity and food safety. The outbreak of Covid-19 in China raised further doubts about Shanghai even though Wuhan is hundreds of miles up river.

On the other side of the scale is Bolder Colorado which is relatively small, has excellent air quality, and is surrounded by a green belt of public land that never be developed. From Boulder it is is a short drive to the majestic rocky mountains and if you are moved by the mountains, there may be no better place which is still only an hour from a major airport and a major city.

Part of this topic is the exposure that different places have to climate change. On this, I would stress not only long term questions about temperature and desertification, which can be significant over the next 20-30 years, but much more immediate concerns such as hurricanes and typhoons and the storm surges that come with them.

A fourth issue to think about is the geo-political stability of a place, especially if you are looking at countries which have or will be undergoing profound political change or are in some of the key hot spots around the world. Should the upcoming presidential election in the United States, for example, affect someone’s thinking about re-locating there?

The place we live will be more important than the business we are in or the role we play in that business when thinking beyond our professional aspirations and include all of the other aspects of our life such as family, friends and the way we choose to spend out time when we are not working.

In my experience, many people, particularly MBA graduates, do not give  enough thought to where they are going when thinking about the next step in their professional life.