As I wrote in a blog post  General Motors has announced that it will only manufacture electric vehicles after 2035. Volvo has gone even further and announced it will only make fully electric vehicles after 2030 phasing out even its hybrid models.Volkswagen group, has announced that it will have an electric or hybrid version of every one of its models by 2030 and is following what it calls Roadmap E.

Toyota began to take sustainability seriously almost 30 years ago also offers its own goals. By 2050, Toyota will have zero emissions as will its vehicles during their entire lifecycle. You can read its 2050 challenge here. The 2030 milestones are shown below. What sets Toyota apart from some other major carmakers is that they are still pursuing hydrogen fuel cells at the same time as their battery electric and hybrid vehicles. 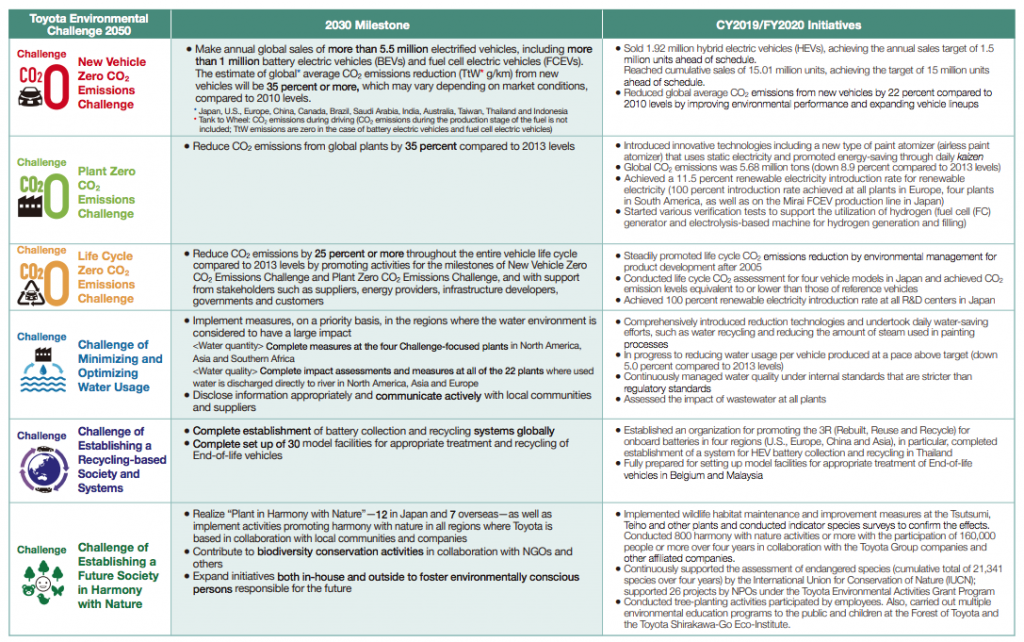 If you take these and similar announcements at face value, you might come to the conclusion that the auto industry has already switched to electric vehicles. According to a report published by Mckinsey, 450 electric vehicles will be launched by 2022 around the world.

The report, however, shows that EV sales are flat in China and may slow down in the U.S. as incentive schemes are dropped in the years ahead. it is still optimistic about Europe where EV’s are now outselling Diesel cars but seems to be a bit more guarded than the news media.

The Financial Times also ran a story about the rise of EVs in which they credit european country’s incentives as the reason for the increase in sales and put the VW group at the top of the chart  although the best selling model is the Renault ZOE which is now just ahead of the Tesla Model 3. 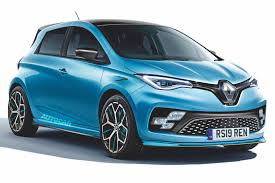 The question is what to make of this seemingly conflicting data. Is the automotive industry really about to become electric?

There is a thread in innovation theory that takes a systemic view of innovation. The basic idea is that an innovation, such as the electric car, does not happen in isolation but is part of technical-social regime in which it is embedded. For the world to eventually switch to electric vehicles, much of the current automotive world will have to also go through deep transformation.

At another level even the car dealerships and body shops will go through a profound transformation. Volvo for example will be selling its EVs direct to the consumer and tesla has not built a traditional dealer network in Europe.

One issue is that electric cars need much less service than vehicles with internal combustion engines. As I told the service rep from my local Totyota dealer, my own car operates like my refrigerator and needs little to no service. He had called me to remind me that more than a year had passed since I last took the car into the garage.

Another issue is that when accidents do happen, the local body shops do not have the equipment required to repair plastic or carbon fiber body parts and need to replace them completely.

What the data from earlier such innovations show is that the pace will be relatively moderate until the infrastructure, supply chains and sales channels all become available. Once all of that is fully in place, then things can go very quickly!