Easter gives students and professors a badly needed break after the winter. In my case, it was also time to catch up on some reading including Bill Gates’s new book on the environment titled “How to Avoid A Climate Disaster”.

According to Forbes, in 2021, Gates was only the fourth richest person in the world as he has fallen behind Jeff Bezos, Elon Musk, and Bernard Arnault who owns LVMH, Sephora, and a number of other luxury brands.

For people, like myself, who have been following the technology and politics of climate change for many years, you will find very little in the book that you are not familiar with and you make take exception to some of the things that Mr. Gates chose to leave out or the way he does the math.

For people with little knowledge on the subject, however, I think the book is important as it lays out the situation in very simple terms and makes a compelling argument for the world to do something about the situation.

Bill Gates divides the modern world into five basic activities and goes through the impact each one has on the climate and lists some of the technologies that could potentially make a difference. The five areas are useful as an organizing principle and are : 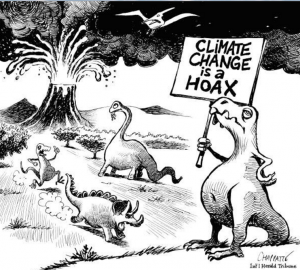 Another point that Gates makes a number of times is that the mitigation of climate change is different from adaptation to it and this is a critical point. Mitigation is about sharply reducing the amount of greenhouse gasses and getting to zero, or close to it, before it’s too late.  Gates makes the point that reducing by 30% say by 2030 might be a good idea but only if it is a first step to get to zero after that. His example is that switching thermal electric plants from coal to gas only makes sense if there is a longer-term plan to close them altogether!

Adaptation is about living with slightly higher temperatures and the consequences they will bring. Gates is clear that some adaptation will be needed and I also liked the way he spelled out what some of those areas are without dwelling too much on the more cataclysmic descriptions that many authors use to lay out what might happen.

Perhaps the most controversial and useful idea in the book is Gate’s use of the idea of green premium throughout the book. Gates uses the idea to put an economic cost in 2020 dollars on doing things the way we have been doing them and switching to a more ecologically sensible approach.

According to his estimates, for example, it will cost between $ 0.013 and $ 0.017 more per Kilowatt-hour to make all of the United States’ current electrical production carbon neutral as compared today. This will be roughly a 15% cost increase and is clearly affordable at the national level although Gates acknowledges that it will adversely affect the poor.

The reason the term is controversial is that our current system places no cost on pollution, carbon emissions, and other problems with the current energy mix. It also leaves out the actual subsidies that fossil fuels enjoy such as licenses to drill on federal land, low energy taxes, and the deployment of the U.S. Military from time to time to secure access to oil and gas.

The reason that I find it useful is that it puts the numbers in perspective and allows reasonable people to consider what they want to do.

Another thing I like about the book is that while Gates discusses the importance of public policy, he also stresses his conviction that innovation and industry are the keys to solving the problem. Some readers might take exception to his using examples from his own investments when discussing promising new technologies.

His firm, Breakthrough Energy, has invested in 36 promising startups and the way I read it, he is simply talking about what he knows best rather than push one solution over another. You can see the investments here if interested.

All in all, I liked the book and I think it will help make the case that combatting climate change is not only a moral imperative but is also essentially doable and good for business and society.

f you would like to read a more critical review then I suggest reading Bill McKibben’s in the New York Times. McKibben has been writing about climate change and the need to take action since the 1980s and is as knowledgeable on the subject as anyone.