Probably the most intense part of the academic year is when grades are due. professors, like myself, have to put a number of things on hold and focus on their students. In my case, I had about 130 MBA students in two different sections of Strategy & Geopolitics as well as another 60 in Strategy and sustainability which is the subject of a different post. 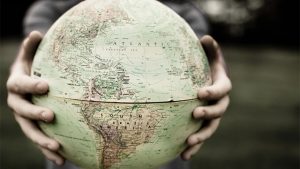 The purpose of the course is to equip our graduates with the understanding and the tools they need to make sense of the complex world we live in and help the companies they will join and found prosper in this environment.

The thing is that most business people (and MBA students) have a fairly good knowledge of the history and geopolitical situation of their own country or region but often have little to no idea about the rest of the world.  My hope is that these students will, for example, have a better ability to understand the recent news from Jerusalem, Gaza, and now other Israeli cities as the latest crisis unfolds. In my view, only a good grasp of history and context can give us the ability to think critically about the news that comes our way and to discern the truth when we see it.

At the end of the course, my students select specific companies that are operating in specific places and explore the link between the business strategy of the firm the geopolitical reality that it is dealing with. What I found fascinating as I read through their work are the countries and companies they chose to focus on.

There were 34 projects between the two sections of the class and the following is a high-level description of the topics and some of their conclusions.

3 groups focused on the geopolitical issues associated with the vaccines developed for SARS-CoV-2. One topic of particular interest to them was Astra Zeneca and the perception that it is primarily a UK company. The geopolitical issue was about Brexit and how the management of limited supply played out on the European continent. 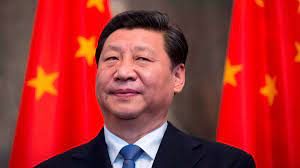 China was by far the biggest area of interest with more than half of the groups looking both at western companies doing business in China and Chinese companies doing business around the world. Of particular interest was Chinese investment in specific African countries in the mining, energy, and infrastructure sectors.  This is an issue we discussed at length in class and the students seemed to be evenly split between those who thought China was behaving as a sort of neo-imperialist power and those who thought they were just doing good business and taking advantage of opportunities that Western firms were not able to see.

Beyond this issue, a few groups looked at other aspects of doing business with China. One group looked, for example at Alibaba’s apparently successful entry into the US market in the B2B space, another at the problems that the NBA has recently had with China, and a third on the challenges of news organizations like the Wall Street Journal in the country.

Two groups specifically looked at TSMC, the Taiwanese semiconductor company, and the way its future, and that of Taiwan relate to  Chinese ambitions in this critical industry.

Other groups looked at infrastructure and energy in Latin America, CNN in Venezuela perhaps the most striking topic was looking at religious tourism in Saudi Arabia and Iran in the context of the tensions between those two countries and the Shia and Sunni communities.

In addition to their detailed reports, my students also send me video blogs in which they discuss their view of the world. While many are essentially optimistic, all of them recognize the complexities and dangers that the world is confronting.

What we were able to do in the classroom is to talk openly about some of the thorniest and most controversial places in the world and to do so with respect, a willingness to hear the other side, and even compassion for people’s individual stories.

This generation gives me hope that the world will make it through the challnege¡ing times ahead.