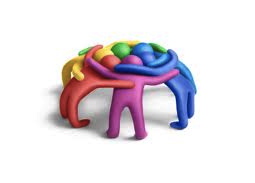 Trying to answer this question, McKinsey professionals analyzed 180 companies in France, Germany, the UK and the US over the period from 2008 to 2010, and found out that companies with diverse executive boards financially outperform their peers. On average, companies with more diverse management teams showed 53 percent higher ROE as well as 14 percent higher EBIT margins. To put it simply, the McKinsey analysis indicates that diversity relates (not necessarily directly) to financial success, and plays a critical role in high-performing companies. On the one hand, the diversity-success relationship can be explained simply by the relationship between high performance and having the best possible people, who are more likely to be found in the global talent market compared to domestic talent pools. On the other hand, key benefits emerge when putting these employees from different cultures to work together. As the McKinsey researchers argue, composing a management team from people with varied cultural backgrounds can broaden a company’s strategic perspective, help to successfully complete international joint ventures, expand geographically, and learn practical know-hows from other countries.

However, going more deeply into the research on cultural diversity in teams, the positive effect on team outcomes becomes somewhat equivocal, as there is evidence for both process gains and losses associated with this diversity. For example, based on similarity-attraction theory (Williams & O’Reilly, 1998) and social categorization theory (Tajfel, 1982), any diversity (including cultural diversity) is potentially negative for the group as people tend to be attracted to working and cooperating with similar people (same values, beliefs, norms), and people tend to categorize themselves into groups based on similarities, hence opposing, judging and creating an ‘outsiders’ label for people who are not alike. At the same time, from the information-processing perspective, there are benefits of diversity, as more diversity means more sources of information, more perspectives, more solutions, and more creativity.

A meta-analytical study undertaken by Stahl and colleagues (2010) examined the effects of cultural diversity on team performance, and, supporting the equivocal influences of diversity on group outcomes, concluded that these effects vary based on situational and contextual influences. Overall, the authors argue that cultural diversity tends to increase divergent processes and decrease convergent processes in the team. Both divergent and convergent processes can in turn contribute either positively or negatively to group outcomes and performance. For instance, a very homogenous group can benefit from social integration and good communication, while at the same time gain process losses because of a ‘groupthink’ phenomenon.

Summarizing their meta-analytic findings of previous research on multicultural team performance, Stahl and colleagues (2010) argue that culturally diverse teams experience process gains of increased creativity and satisfaction, and process losses of increased conflict and lower social integration. From a practical point of view, it is evident that organizations should focus on minimizing the process losses in culturally diverse teams. Increasing team cohesion through setting team values and rules; clarifying roles and getting people to know each other; working on cultural intelligence, thus increasing cultural awareness of individuals in the team (see my post on CQ here); and using common goals as a unifying force in the context of highly diverse teams are some of the practical strategies to use here.

Speaking about the influence of context, several of Stahl et al.’s (2010) results are worth mentioning. The first influencing factor is team size, as it was found that in larger teams cultural diversity was associated with decreased communication effectiveness. Second, team tenure matters, as teams with longer tenure showed decreased communication effectiveness and more conflict than teams with shorter tenure. Why so? It is possible that teams with longer tenure are also the ones with more complex tasks that involve team participants in deeper and more difficult issues, hence provoking more conflict and less interpersonal understanding. Another explanation could be that process losses due to team diversity accumulate over time and eventually lead to conflict and decreased communication effectiveness.

All in all, cultural diversity in teams can be both an asset and a liability, depending on how and in which circumstances this diversity is managed. It seems like the ‘cultural mosaic’ can work out only if all pieces are placed together correctly.