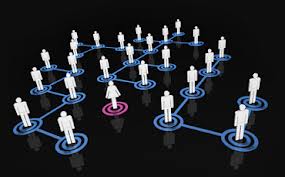 Gender diversity in organizations and female underrepresentation in management teams has been a widely discussed topic in global business. While I have already reviewed it in several of my previous blog posts, there are more recent publications that are very relevant and worth discussing.

So, why are women still underrepresented in leadership positions?

Is it because of gender bias?

The September issue of HBR Magazine argues that even though many CEOs globally claim gender diversity to be a priority, this does not seem to have resulted in much change so far. The problem of promoting women to leadership positions is seen in failing to address a gender bias, according to which women are less likely to be perceived as leaders and considered to exhibit authority. Indeed, there is little use of promoting women to leadership positions if they cannot be successful in these positions due to not being perceived as leaders by others.

Or is there a general discrepancy in how people explain the lack of gender diversity?

Lack of progress in the promotion of gender diversity is also echoed in the latest McKinsey Global Survey on workplace diversity, which focuses on Latin America. The McKinsey survey results imply that in Latin America women and men tend to have different reasons for the lack of gender diversity in organizations. The majority of women believe that their underrepresentation in top management is due to low promotion rates and lack of sponsorship, while men most frequently cite the overall lower representation of women in organizations, and their concentration in departments with lower promotion rates as the main reasons. Needless to say that it is more difficult to tackle the problem if the understanding of why women are not in leadership positions and what to do about it varies within organizations.

To what extent is the promotion of gender diversity related to cultural differences?

Academic scholars Toh and Leonardelli (2013) highlight that promoting women to leadership positions varies across different countries due to the cultural constraints that hold women back. Depending on a culture’s tightness (Gelfand et al., 2011), which refers to the degree to which a culture has pervasive norms and low tolerance of deviance, the authors conclude that female leaders are less likely to emerge in tight cultures compared to loose cultures because the former strongly favor traditional male leader roles. A study of 32 countries showed that in loose cultures, such as Hungary, New Zealand and Ukraine, women held more than 35% of leadership positions, while in tight cultures such as Pakistan, South Korea and Turkey only up to 10% did. However, this is not to say that tight cultures prevent women from becoming leaders.

The authors argue that women can also emerge as leaders in tight cultures, if the strategies used to promote gender diversity are compatible with a culture’s tightness. As such, strategies promoting gender diversity in loose and tight cultures should be different. The study authors argue that gender egalitarianism (gender equality) practices have the potential to be implemented more quickly and effectively in tight cultures due to the relatively higher levels of formalization and structured approaches to implementing something new in these cultures. Plainly speaking, in tight cultures if something has to be done it gets done quickly and effectively. By contrast, loose cultures are considered to have less structures, hierarchy and formalization in organizations, which makes it more difficult to implement change. As such, the study authors speculate that whereas in tight cultures gender diversity should be promoted through egalitarian practices (e.g. policies of flexible parental leave, career breaks, legal sanctions), it would evolve in loose cultures by reshaping peoples’ perceptions of leaders.

Putting it into practice, women in tight cultures can benefit from gender quotas, which would be backed by sanctions and imposed by authorities. Norway, a tight culture, may serve as a real world example here: Due to its clear sanctions for non-adherence to the gender quotas that were introduced in 2003, the percentage of women on boards rose from a mere 7% to approximately 40% by 2007. By contrast, loose cultures need role models, which would shift peoples’ view of a traditional leader. As such, companies are advised to use sponsorship and visibility for successful women in leadership roles.