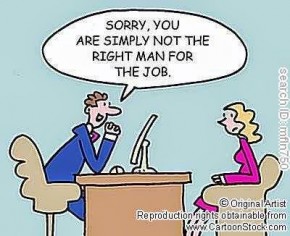 Remember the last time you did something wrong or experienced a failure? How did you explain it? I bet you could have attributed many reasons to some sort of situational factors. For example, you could have failed to execute some work assignment on time due to having many other urgent tasks, right?

Now, think of a time when someone else did something wrong or experienced a failure. Isn’t it evident that your colleague failed to execute the assignment on time because he/she was lacking organizational and time management skills? What I am describing here is the ultimate attribution error, which we are all prone to. In other words, we tend to make dispositional attributions for our success and situational attributions for our failures, while the opposite is true in regards to behaviors and actions of others. This attribution error is one of the many cognitive bias that we have, that often operate on an unconscious level, and that can influence our perceptions in many different life domains.

A recent article in Inc. magazine illustrates how one of such biases relates to gender inequalities in the business world. Referring to a study publication by Proceedings of the National Academy of Sciences, the author argues that there is so-called gender bias involved in the hiring process, which results in men being hired twice as likely as equally qualified women. The study itself concluded that men outnumber women in employment and career progressions because employers are biased in gender-related beliefs and influenced by implicit gender stereotypes. For example, a majority of cultures share the gender stereotype of males being more assertive, achievement oriented, dominant, and females being more socially responsible, passive and submissive (e.g., Williams and Best, 1982). Career success in turn seems to be stereotypically associated with the aforementioned male characteristics.

Another interesting article in strategy+business magazine describes the gender bias in action in the so called ‘prove it again’ phenomenon. As Joan C. Williams and Rachel Dempsey (2014), who termed the phenomenon, describe it women are required to demonstrate their competence far more often than men, because “information about men’s competence has more staying power than equivalent information about women.” In other words, we question women’s competence far more because our idea of competence appears much more male.

How can gender bias be avoided? Avivah Wittenberg-Cox, the CEO of gender consulting firm 20-first, proposes that the first step towards eliminating the influences of these biases is to make them conscious. So becoming aware of active gender stereotypes and implicit beliefs is what companies need to focus on first. Indeed, companies are encouraged to make gender diversity a talent management priority at the company level, and to educate both male and female managers on gender biases and its implications. Moreover, companies are suggested to control for inherent biases in talent management and hiring processes. For example, what is the company’s vision for the required leadership qualities? Are they diverse enough to account for preferences of both genders? Would, for example, a caring leadership style be welcome?

It looks like the same ideas are very relevant in the field of global mobility, where the average expat is still clearly a man, and lack of gender diversity has been a long-standing problem.