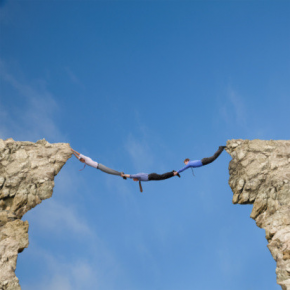 Dear manager, could you ever imagine trusting your employees that much as to hire them without any need to fire them again? Dear employee, what would it feel like having that amount of trust and safety in your workplace?

In his very exciting Ted Talk leadership expert Simon Sinek suggests considering these questions, as he believes that trust is a crucial factor to feel safe, which in turn is a necessity for performing at one’s best. ‘Human beings operate their best within a circle of safety’, says Simon. Making his point, Simon compares organizations to families, where you should feel safe, cared for and never laid off. For example, he speaks about the e-commerce company Next Jump that adopted a lifetime employment policy, which states that employees cannot get fired for performance issues but will receive support and coaching instead. Such an organizational environment is based on mutual trust, and, according to Simon, should start from leaders, who set the tone. When having trust in each other and feeling safe, people will naturally combine their talents and cooperate, he says. On the contrary, if there is no trust, people keep spending their time and energy to protect themselves from each other. Indeed, being under the risk of getting fired, employees may engage in unproductive competition with each other, avoid responsibility, conceal difficulties, and generally show less engagement.

My own recent research (Reiche et al., 2014) also supports the importance of trust in organizations. Specifically, in the study my colleagues and I examined the role of trust in manager-subordinate relationships. Although Simon Sinek argues that a trusting environment should start from the leaders, our study highlights the importance of subordinates’ behaviors as well, and in particular organizational citizenship behaviors (OCBs), which are discretionary behaviors that are not directly or explicitly recognized by the formal reward system (e.g. helping colleagues). We proposed that OCBs targeted at both the organization and other colleagues increases managers’ affective trust in subordinates. In essence, we suggest that when managers perceive an emotional bond with their subordinates they are more likely to view subordinates’ benevolent behaviors as stemming from altruistic motives and genuine interest in the well-being of others. This, in turn, will translate into managerial trustworthy behavior, such as showing concern, communicating in a timely manner and behaving with integrity.

The results of our study of over 700 managers and more than 2100 subordinates in 18 cultural regions supported our hypotheses. We found a positive relationship between subordinates’ OCBs and managerial trustworthy behaviors, which is mediated by managers’ affective trust towards their subordinates. At the same time, we also expected and found evidence that societal-level collectivism would moderate the indirect link between subordinates’ OCBs and managerial trustworthy behavior, such that affective trust had a weaker mediation effect in collectivist cultures. In other words, our findings suggest that, even though there was a positive relation between subordinates’ helping behaviors and managerial trustworthy behaviors, in individualist societies the trust that managers feel for their employees will determine the extent to which they engage in trustworthy behaviors. On the contrary, such an emotional bond was unnecessary in highly collectivist cultures such as China, Thailand or Colombia because these settings regard reciprocation as a moral obligation rather than a voluntary act, as would be common in individualist societies such as the US. This has interesting additional implications for leading across cultures. In fact, our findings are contrary to the common assumption that a lack of affective trust limits cross-cultural interactions altogether. Instead, leaders from individualist cultures operating in a collectivist context will need to deal with the likely discomfort of reciprocating beneficial acts even before having developed affective trust with their counterparts.

All in all, it seems that trust is a critical asset in organizations and in manager-subordinate relationships. While lifetime employment may sound a bit too much of a stretch for some, engaging in trustworthy behaviors on the manager side and helping behaviors on the subordinate side is something we can all reach out for.

2 thoughts on “Why I Would Want You to Trust Me”