During the month a number of horrific attacks of murder and mayhem have left many people in Europe and the United States with a sense that things are deeply wrong and spinning out of control.

Relative statistics and cold analysis offers no solace to people in Munich, Nice, Dallas, Baton Rouge, and Sagamihara (Japan) as well as the dozens of other cities around the world which suffered one of the 179 acts of terrorism that made it to the list in Wikipedia.

While I was in Dehli at the beginning of the month, there was a vicious attack carried out in neighboring Dhaka (Bangladesh) and commented on the nature of the coverage in the English language press which talked more about who might have been behind the attacks than the apparent islamist agenda of the murderers.

Around the world there are a number of countries which have been living with such acts for years. India, for example, has been fighting a maoist insurgency and they have reportedly killed over 12,000 people in the last 20 years.

The day after the Nice attack on Bastille day, Nathalie Goulet, a member of the French Senate told Bloomberg TV that “people have to get used to terrorism”. What is really different is that such events have been relatively rare in the Western Democracies and many of us associate such events as happening far away in Asia, Africa, or the Middle East.

One way of looking at such events is that we need to somehow wrap them into our day to day understanding off the risks of living in our society. This line of thinking would take us into accepting such events much like we accept traffic accidents which killed 35,200 people in the United States (2015) and almost 26,000 in the EU (2014). 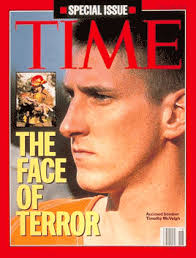 A different approach is to come up with simplistic explanations of tremendously complex social phenomena and give the population someone to blame. This appears to the path that the Republican Party has taken in the United States. Conveniently forgetting terrorists such as Timothy McVeigh and Terry Nichols, who carried out the Oklahoma City bombing in 1995, Donald Trump and his ilk blame everything on Islam.

The danger of putting forward such simple (and wrong) explanations is that the natural solution is then to control or even intern people perceived as being high risk. At some point such policies will destroy the very free society that we are trying to protect!

A different approach is to actually try to see what is going on and find solutions to the root causes of the problem.

In the United States, for example, it is relatively easy to obtain powerful weapons and according to the BBC, 13,286 people were killed by guns in the country in 2015. According to Mass Shooting Tracker, a website, there were 372 such events in 2015 which killed 475 people and wounded an additional 1,870. Banning all such weapons and imposing tough laws for their possession would probably be a step in the right direction.

The problem requires authentic leaders who truly believe in the values they hold and also have the intellect to see the big picture. They must also have the courage to lead towards comprehensive and multifaceted solutions to complex problems

In France and Belgium it seems that there is significant sense of disillusionment and frustration on the part of young people who were born in these countries to first or second generation immigrants. As has been discussed before in this space, Europe does not have the same ability as the U.S. to absorb immigration and make what has been called a “melting pot” of peoples and cultures. Such alienation can be tackled with education, jobs, and investment while simultaneously uncovering Jihadist cells potentially detaining already radicalized people.

Of course working the problem requires authentic leaders who truly believe in the values they hold and also have the intellect to see the big picture. They must also have the courage to lead towards comprehensive and multifaceted solutions to complex problems. Such leaders are in short supply.

3 thoughts on “Living with Terrorism”