This week I was in the beautiful seaside city of Brighton, about an hour south of London and amongst other things managed to get a shave at one of the numerous and reasonably priced barbershops along Western Road.

The Barber from Iraq

The barber told me he was from Kurdistan and spoke Kurdish to one of his colleagues and Farsi to the other, who was from Iran. When I asked, he clarified that he had come to England from Northern Iraq and asked me where I was from.

I told him I lived in Barcelona and it was a nice place because of the wonderful people, good food, excellent weather and the fact that there was no war there. My barber, who had a straight razor in his hand, replied without hesitation that (the) “war was everywhere”.

As was discussed in this space last week, a number of high profile terrorist outrages have been carried out in the West and has disconcerted public opinion and taken center stage in the American presidential election. 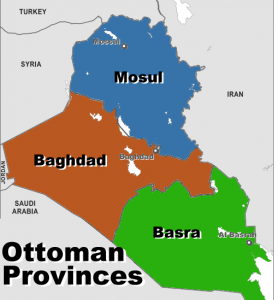 At the same time there are a number of reports that the so called Islamic State is crumbling and that the group will soon lose control of Iraq’s second largest city, Mosul, thanks to the combined efforts of the Iraqi military, the Kurdish Pershmerga, and the western powers. Mosul was the capital of the Ottoman province by the same name and is the natural capital of Iraqi Kurdistan. One question is what will happen to the city after its liberation from ISIL?

Another problem is that the destruction of the ISIL or ISIS will not end the threat of terrorist attacks and may actually increase it as people who feel some affinity for the group are expected by the intelligence community to continue to strike at what are referred to as soft targets or places where innocent people go about their business that are lightly guarded, if at all.

While government and civil society come to grips with this relatively new, heightened level of threat, another question is what should be the response of business? One immediate step is to increase the quantity and nature of private security, both active and passive around a company’s installations. Another is to develop contingency plans based on scenario analysis of what could happen if a firm, its customers, employees, or suppliers are either targeted or caught up in the crossfire of a terrorist outrage.

As discussed in an article by Harvard’s Rohit Deshpande and Anjali Raina, employees of the Taj Hotel in Mumbai made heroic efforts to safeguard their guests during the  siege of their city in November, 2008 that left 168 dead including 31 at the hotel. The point made by Deshpande and Raina is that the Taj people went beyond any pre-established procedures and did what they did partly because of the way they were hired, trained and incentivized. My reading of the research is that the values based culture at Taj created the space to create sufficient resilience to save lives.

As the world gets more complicated resilience is increasingly important and sadly this includes the ability to react to the unthinkable horror of dealing with politicized murder and mayhem.