The ongoing crisis in Venezuela is a tragedy of epic proportions for the people of that beautiful country but also offers a number of important lessons for business. One is how it is increasingly important for companies to to build geo-political analysis into the strategic planning process and to “bake” such analysis into every day decisions.

As companies expand around the world, risk, if it is looked at all, is done using the idea of country risk with guidance coming from the insurance industry or the commercial office of a country’s foreign ministry. 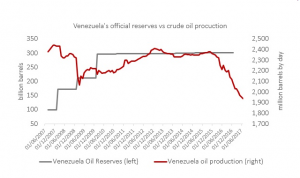 A critical part of the story in Venezuela is the combination of low of oil prices and falling production.  According to Reuters, Statoil, Repsol and Chevron have all begun to move expats out of their Venezuelan operations and this is telling as the oil companies have more experience than most operating in unstable political environments.

Geo-political issues will, however,  have different impacts on different industries, and it is therefore advisable to go beyond generic country risk and to look at each sector and market and evaluate the degree of sensitivity or connection that does exist between the each business and the array of geo-political issues which may effect it in different regions of the world. of course when everything falls apart as they appear to be doing in Venezuela, then all sectors will suffer.

This analysis can be done at the three levels of geo-political analysis discussed in a post a few weeks ago considering aspects that will not change overtime, those that change slowly, if at all, and things that might change in a five year time horizon.

There is much written about the short term focus in much of the business world due to the need to produce consistent quarterly reports in many firms, the prevalence of looking at the time value of money, and the relatively short tenure spans of many managers.

From a Geo-political perspective, looking at things in the short term makes it extremely hard to consider the trends which can eventually produce important changes to the business landscape since these tend to play out over many years and often gradually build up before exploding. 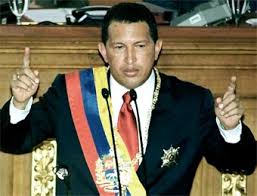 The current situation in Venezuela goes back to the emergence of Hugo Chavez as a political force and his reaching the presidency in 1999. His death in 2013 led to the government of Nicolás Maduro who has not been able to manage the historic drop in global oil prices and has brought the country to the brink of civil war through corruption, mis-management and extreme brutality in the face of the protests against his regime.

In order to see these long terms trends one needs a long terms perspective which, with some exceptions, is sorely lacking in the business world today.

It is, in my view, the fiduciary responsibility of the CEO and the Board of Directors to look ahead and protect the company from catastrophic disruptions, nationalizations, and other geo-political calamities. The problem is that in many cases it is difficult for CEOs and members of the Board to dig deeply into the historical and current geo-political issues in countries they are dealing with because they do not have the time.

Even if there was the desire to look at such issues, when would Senior Directors be able to spend a couple of days, for example, to dig into the history, current situation, and prevalent trends in regions that are largely unknown to them?

One idea to do that would be to engage the Board in periodic scenario planning workshops where they look at what important geo-political events might occur in a 10-20 time frame. It may be sufficient to conduct a one day workshop per year focussing on a different region of the world such that in a five year cycle, the Board will have looked at the entire planet.

For that process to work, it will also be important to ensure that there are people on the Board who have the requisite training and experience to push deeper into such questions and ensure that there is a process in place to enable them to share their insights.