The publication of Michael Wolff’s new book, Fire and Fury, and the reaction it has already generated, is an example of how low Donald Trump has brought the reputation of the american news industry and the Office of the President of the United States.

Trump himself has already tweeted that the he never authorized Mr. Wolff’s access to his administration and that the book was “Full of lies, misrepresentations and sources that don’t exist” although it is hard to see when he had time to actually read it as, in theory, the President of the United States has other things to do.

Wolff, on the other hand says in the book’s introduction that he enjoyed unparalleled access to the Trump White House, took up “something like a permanent seat on a couch in the West Wing” and conducted more than 200 interviews.

In the weeks before its publication, some excerpts of the book were released and came to dominate the news cycle in the U.S. pushing Trump’s announcement of the “dishonest and corrupt media awards” to the sidelines.

Who do you believe?

The reaction to the book falls into two very distinct camps. Those who support President Trump have attacked Mr. Wolff calling into question his journalistic career and personal ethics. Fox News, for example, ran a show under the headline “is Fire and Fury fact or fiction? in which the panelists treat the whole thing as a wacky departure from reality and the moderator says the book “is riddled with dishonest reporting”.

As I wrote in a related post a few weeks ago, Donald Trump has often used the “counter punch” whenever attacked during his controversial career in business, the media and now in politics. The fact that he and his allies at Fox News are now attacking Wolff and Trump’s former campaign manager, Steve Bannon, fits this pattern.

CBS News, on the other hand calls the book a “very serious development for the White House” and while it downplays the more gossipy aspects underlines the deeper issues that the book appears to reveal about President Trump’s fitness for office and the idea that he is “dysfunctional”.

The problem for the news media is that people are increasingly relying on news outlets that they choose to believe rather than actually trying to find out what is actually happening around them.

The importance of news 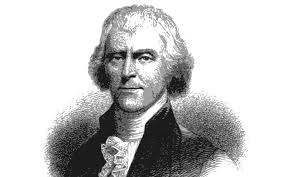 Thomas Jefferson wrote that “Whenever the people are well-informed, they can be trusted with their own government… whenever things get so far wrong as to attract their notice, they may be relied on to set them to rights”

The problem for society is that partisan news outlets such as Fox News and facebook do not appear to result in people being better informed.

I tend to trust organizations that I know well such as CBS, the New York Times, and CNN but some would say that this is due to my own political bias. When these organizations report negatively on Trump, his administration or his version of reality,  he simply lashes out and calls into question their credibility as he will do in his “awards” which are due out later tonight.

The fact that the President of the United States engages in this kind of tit for tat has debased the office itself as in times past the President would stay above the political fray and represent all the people regardless of their political convictions.

Going back to Fire and Fury, I bought the Kindle version this weekend and am currently reading it so I can  make up my own mind about how much I think is true or, at least, directionally correct.

2 thoughts on ““Fire and Fury” and the future of media”