In South Africa a few weeks ago I was struck by the amount of change that had occurred in the country in the twenty years or so since my last visit. I came away from the country deeply impressed by the progress that has been made in terms of the economic and political  development of the country’s black population but also by the tremendously long road ahead. 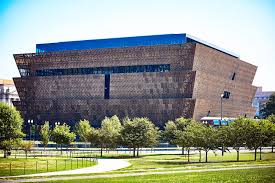 Last week I had an opportunity to see how a similar story has been playing out in North America over the last 500 years by visiting the Smithsonian Institution’s new National Museum of African American History & Culture in Washington DC.

The Museum tells the story of the African diaspora and lays bare the horrors of slavery as well as the slow and steady fight for equal rights after emancipation in 1863. To tour the main exhibit, you take a large elevator deep underground and then slowly make your way up three levels through the different time periods.

The exhibit goes back and forth between telling the main historical narrative and focusing on individual stories and families much like the Holocaust Museum in Berlin. One can not help but be moved by the stories of personal sacrifice as well as hope and perseverance that characterised black involvement in American history and the civil rights movement.

What struck me as I walked thought the exhibit was how long real change takes to occur. It took hundreds of years for transatlantic slave trade and the plantation economy on which it depended to develop in the Southern part of Brittish North America.

Although the American revolution was a turning point in the region’s history and many blacks fought in the war, it had little impact on the development of slavery in the South. The institution was, of course, incompatible with the values of the American Revolution but even Thomas Jefferson, the author of the Declaration Of Independence, owned slaves. 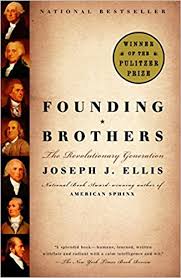 According to Josef Ellis, the issue of slavery had to be put aside at the formation of the American republic in 1789 in order to bring the Southern States into the Union and it took another 75 years and a Civil War to resolve it.

Another 100 years were required to get the from emancipation to the March on Washington in 1963 during which Martin Luther King made his famous “I Have a Dream Speech”.

Walking through the last floor of the exhibit, however, one gets the sense that the march of time picks up and it is only 40 years between Dr. King’s assignation in 1968 and Barak Obama’s election! One can only imagine the emotions felt by Virginia Mclaurin, a lady who was 106 years old when she met the President and First Lady at the White House in 2016!

Coming back to the issue of South Africa and the challenges facing its new President, Cyril Ramaphosa, my experience at the museum in Washington reminds me of the importance of leadership in keeping people focused on change and taking them through the long hard road that is often required to get there.

Dean Williams calls this “Real Leadership” and I was deeply struck by the contrast between the men and women who lead the struggle for equal rights as shown in the museum and the current occupant of the White House, which is only about a half a mile away.