A few weeks ago,  I had the pleasure of chairing a conference on the future of jobs, work and working  at IESE in Barcelona which was organized by the Corporate Research Forum. As a result of the conference, the CRF has published an outstanding monograph on the topic that reviews much of the latest key research and makes an informed prediction about the future.

About 20 years ago, it seemed to many that a tsunami of technological change was changing the nature of business. Two writers from that period have proven prescient and should be re-read today.

In The Future of Success, Robert Reich correctly spotted the importance of the “new economy” and understood that the dot-com bubble was just a blip in a deep transformation underway in business and society as a whole. Reich foresaw how the internet would continue to disrupt different industries and showed how the transition from mass production would fundamentally change the nature of jobs and even the fabric of family and communities.

For Reich, the best jobs would go to the geeks and the shrinks who will build the digital world and the product managers and marketing people who will figure out the business models to make new ideas economically viable. 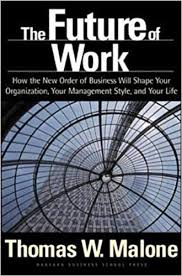 In The Future of Work, Tom Malone argued that as communication becomes frictionless, old organizational structures might be replaced by new ones which are more decentralized. Although Malone did not write about the agile organization, he essentially predicted it as a result of technological change. Malone actually wrote much of the book while he was on sabbatical at IESE!

Some 15 years later, Martin Ford published The Rise of the Robots which documents the incredible advances in robotics, automation and artificial intelligence and paints a disturbing view of the future in which millions of jobs are placed at risk. When I first read the book I was impressed by the clarity of Ford’s vision and started to become concerned about the dark side of the digital transformation currently underway.

The challenge for many firms is that although they will, most likely, need significantly fewer people some day, they do not currently have enough geeks and shrinks and still need to run their business with the people they have.

Adding to this challenge is that in the UK, in parts of the United States and in some cities around the world, we are close to full employment and even past it in specific job categories such as agile project managers, business development specialists and anyone who knows anything about cybersecurity.

The problem then is how to account for increased costs over the next few years as firms add the people they need combined with the problem created by hiring highly paid people in certain auctions, such as cyber, while trying to keep wages in check in other traditional jobs. This compression makes it even more complicated to maintain a company’s culture and keep the people you need to run yesterday’s business while building tomorrow’s.

Business leaders must sift through these projections of what the future might be and try to figure out what it will be. In my view, the best idea is to consider different scenarios.

One possibility is to assume that more and more companies will embrace the more optimistic versions of the future of work and come to resemble software and internet companies which are using agile organization principles, peer to peer feedback, etc.

A second scenario refers to the more negative views of the future marked by income inequality and unemployment as companies fight for the geeks and shrinks while people without the skills get left farther behind. 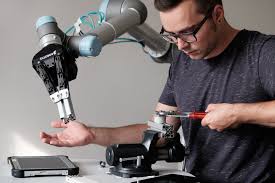 Finally the third scenario offers a more complex and nuanced view and talks about jobs which are seamlessly integrated with automation and AI capability. This future is both optimistic and pessimistic as it depends largely on where a company is based and what the balance between the supply and demand of the labour force becomes.

My recommendation is to get senior management and the board of directors to actively participate in developing scenarios for the future so that they actively participate in imagining what the future will look like both in terms of the broader environment as well the organisational model of the company. Only then will it make sense for them to authorise greater short term expenditures, if they are in fact needed, to assure medium success.

2 thoughts on “The Future of Work”