For many years I have been teaching the case study about Carlos Ghosn and the Nissan revival plan and I was saddened by the turn of events which led to Mr. Ghosn’s arrest in November, 2018 and the charges filed against him. I do not have the information or the legal training to have an opinion about the facts in Mr. Ghosn’s case but what is clear is that in his absence, the company that he led has been adrift.

The company is in the news due to the appointment of a new CEO last week after Mr. Ghosn’s successor was forced to resign after irregularities were discovered concerning his compensation in an echo of the charges filed against Mr Ghosn.

In my view there is really nothing deeply wrong about Nissan’s fundamentals. True, their sales were down about 5% globally last year due to problems in the US and Europe which I understand had different reasons. They did grow the business a bit in China which is probably one of the reasons Makoto Uchida was chosen as CEO since he was leading the JV in China.

Nissan, however, has a solid fleet of vehicles, great dealer networks around the world, good brands, and a lead in electric vehicles compared to many of all the other large, mid market manufacturers. The new Leaf is still probably the best car for the money and is significantly lighter than the flashier Tesla Model 3.

The problem at Nissan is governance and morale. Ever since Carlos Ghosn launched the Nissan Revival Plan in 1999, Nissan has been linked with the personality and drive of Mr. Ghosn. Nissan has been tremendously successful over the last 20 years thanks to his ability to keep the company focused on delivering a series of medium term plans. He built a culture where people “do what they say and say what they do” and my perception is that after his removal there simply was not the same kind of drive from the top causing some targets to slip and some problems to fester.

The Nissan Leaf was one of three commitments he made in 2007 as part of the Nissan GT 2012 and the full story of its development makes another great case study. As mentioned in another post this week, the new Leaf is the number three selling EV in the world and Nissan sold about 85,000 Leafs in its fiscal year 2018/19.

In the Video he released last April, Ghosn insisted in his innocence on all charges and also the idea that he was a greedy dictator. He says that his arrest was the result of a conspiracy by Sr. Nissan executives who feared they would lose autonomy and position in the next phase of the alliance with Renault. He also insisted that management by committee was insufficient in the fast moving and competitive automotive industry and real leadership was needed. 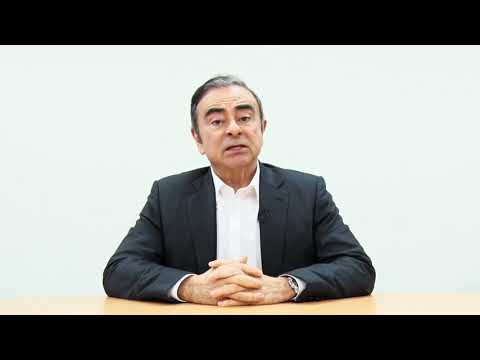 Nissan has responded by apparently strengthening its corporate governance with an external chairman. That new Board has now chosen Uchida but also named two of his rivals for the CEO position as COO and Vice COO creating the kind of committee approach that Ghosn warned against in April.

If Uchida and his colleagues are going to be successful they will need to deliver Nissan’s current plan of MOVE to 2022 and even more importantly heed Mr. Ghosn’s advice and articulate a vision for the company (and the alliance) in the future. Back in 2007, Mr. Ghosn publicly reversed himself on the issue of electric vehicles and pushed both Nissan and Renault to develop what became the Leaf and the Zoe.

If Nissan is going to survive and prosper I humbly suggest that Uchida and his colleagues make sustainability and electric vehicles an integral part of that vision.

One thought on “Leadership After Carlos Ghosn”