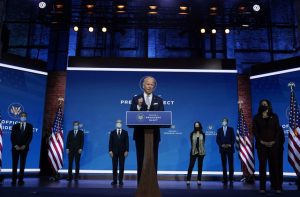 Last week President-Elect, Joe Biden announced who he has selected for his national security team in the incoming American administration. A number of posts such as Secretary of State and of Homeland Security require the formal approval of the United States Senate and we will have to wait until after the runoffs in Georgia and the inauguration to see what will happen there.

One appointment which does not require confirmation is John Kerry’s new role as Presidential Climate Envoy for the United States. In that role, he will have a seat on the National Security Council and participate in Ministerial level meetings around the world such as COP 26 in Glasgow in November and the Pre-COP meeting scheduled for Milan. He will, in essence, represent President Biden and the United States on this issue.

During the campaign, Joe Biden shared his plan which is to sharply reduce the carbon footprint of the US, move towards the elimination of fossil fuels, and re-establish American leadership in renewable energy and climate change.

When making the announcement of Kerry as the leader of his administration’s effort on the issue, he said that ” I don’t for a minute underestimate the difficulties of meeting my bold commitments to fighting climate change. But at the same time, no one should underestimate for a minute my determination to do just that.”

When he was Secretary of State in the first Obama administration, Senator Kerry actually signed the Paris accord on behalf of the country in 2015 and brings tremendous gravitas to the new role. Kerry has also been a colleague of Joe Biden since he joined the U.S. Senate in 1984 and can, with full credibility, speak for the President on the world stage.

What I found particularly significant was Biden made public Kerry’s appointment as the last announcement of his national security team. What this indicates, is that the Biden Harris administration will treat mitigating climate change as a security issue in line with the assessment that this issue has geopolitical and existential importance.

In his remarks, Senator Kerry echoed the remarks of the nominee for Secretary of State, Tony Blinken that the most complex problems of the world need countries to come together to solve them. In terms of climate change, Kerry pointed out that climate change was one such problem and that the United States only accounted for 13% of global emissions.

He also made the point, that I discussed in a post a few weeks ago that the current targets that countries have set as part of the climate framework were not enough to solve the problem. In speaking about COP 26 which will be in Glasgow in November, he indicated that the United States will embrace tougher goals and urge other countries around the world to do the same. Speaking about this global effort, Kerry said “all nations must raise ambition together, or we will all 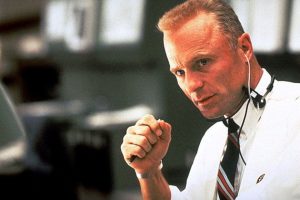 fail together. And failure is not an option.”

As I have written many times over the years, the transition to a low carbon economy represents an enormous business opportunity. Based on the announcement last week, it appears that the next American administration is determined to seize that opportunity and lead this effort.

The phrase, “failure is not an option” was immortalized by Actor Ed Harris playing the role of flight director Gene Kranz in the 2003 film about the Apollo 13 mission. The issue at the time was saving the three astronauts whose spacecraft had experienced a catastrophic failure on the way to the moon.

For John Kerry, it is about saving the planet.