Last week most of the news was focused on Sars-CoV-2 and the Shakespearian end to Donald Trump’s presidency. 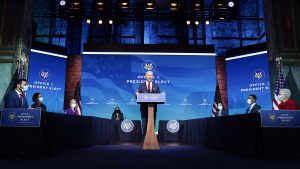 While I try to keep up with the first story and can not seem to get away from the second, what gave me the most hope about the future was Joe Biden’s announcement of the men and women he will nominate to serve in his administration involved in the issues of the environment and climate change.

Biden had already named John Kerry as special presidential envoy on climate change a few weeks ago. What became clear in the announcement on Saturday is that Kerry’s role will be to represent the United States at COP 26 in Glasgow and in other international forums while others will focus on the U.S.

Perhaps the most emotional announcement was congresswoman Deb Haaland as Secretary of the Interior with responsibility for all federal land and the country’s relationship with Native Americans. Rep. Halland is the first Native American to hold a cabinet-level position and her speech on Saturday was charged with emotion and history. 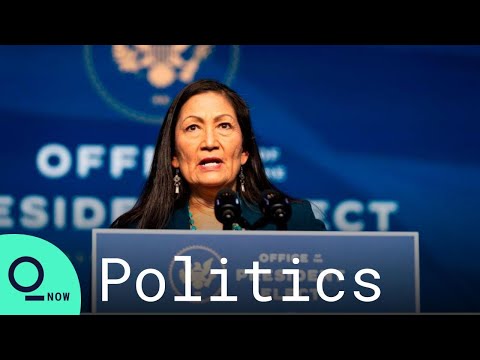 Biden and Harris presented Rep. Haaland’s selection along with their pick for Energy Secretary, the Director of the EPA,  and an additional three appointments to Senior roles involved in climate change.

Although it is not completely clear how all of these people will work together, what is compelling is their experience and commitment.

Michel Regan, the new head of the EPA, for example, worked in the agency for almost ten years and has been the head of environmental protection in North Carolina. Biden announced a role for the former head of the EPA under the Obama-Biden administration, Gina Mccarthy, who I understand will act on the national stage in a similar way to John Kerry internationally.

This focus on environmental protection is a complete reversal of the men who Donald Trump picked to run the EPA, Scott Pruitt, and Andrew Wheeler.

A former governor of Michigan, Jennifer Greenholm is the nominee for Energy Secretary. Her focus will be decarbonization, electrification, and energy efficiency. Her conviction, which I share, is that the transition to a low carbon economy is the biggest business opportunity ever seen and will provide millions of high-quality jobs.

I am encouraged that these people show the conviction and the experience to begin the work laid out in the Biden-Harris climate plan.

The challenge is that to achieve its lofty aims such as climate justice, clean air and water for all, and a carbon-neutral electricity system by 2035, the country will need more than the four years of the new administration.

For mainstream America to buy into this idea, the jobs that Biden and his colleagues spoke about on Saturday will have to have begun to materialize well before the next election cycle.

Pete Buttigieg, the nominee for Transportation Secretary also has a role to play in finally finding the money to start rebuilding the country0s aging infrastructure and to “Build Back Better” as the Biden people say.

Biden’s cabinet will be considered historic because of its diversity and the humble backgrounds of many of its members. Biden’s presidency, however, will only be historic if they collectively make enough progress to convince a majority of American voters that the transition to a cleaner, fairer, and low carbon future is in everyone’s best interest.

As Donald Trump continues to demonstrate, there is a segment of the population that is ready to believe him and others like him who disregard climate change and want to roll back environmental protection. The excuse for doing that is to say that there is a trade-off between the economy and jobs on one side and the environment on the other.

Like myself, Biden’s new team is convinced this is a false choice and that a greener and more prosperous United States is possible. The key however is that will need to find some quick wins to ensure that the Democrats do well in the congressional elections of 2022 and that whoever is the party’s nominee in 2024 becomes the next President.

Only then will the country have 8 or even 12 years to really move things in the right direction.

Kamala Harris closed the announcements on Saturday by quoting Laudato Si, Pope Francis’ encyclical on the environment. He wrote “Humanity still has the ability to work together in building our common home”

If she becomes President after Biden then I think there may be a chance to get things well underway!