In a post last week I wrote about Bill Gates’ new book How to Avoid A climate Disaster. One of the criticisms of Gates’s book is his tremendous confidence in technological development. For many environmentalists, the idea that we can engineer our way out of the mess that our engineering has made is not only wrong but also might give people the idea that they do not have to change behavior in order to avoid climate change and other potential problems.

Another controversial figure who makes a similar argument is Bjorn Lomborg, the author of False Alarm, Cool It, and the Skeptical Environmentalist. Bjorn does not deny climate change but thinks we would be better off spending money on other more immediate problems facing humanity and spending heavily on energy research.

My own view is that we need to take steps to accelerate the transition to a low carbon economy and that engineering and fundamental scientific research is key to that effort. One particular promising set of technologies are sometimes referred to as Frontier Materials.

Frontier or advanced materials are defined as “Any material engineered, processed or synthesized, to provide enhancement in functionality or presents novel properties compared to conventional materials for a given application in a specific industry”.

While this definition might sound a bit esoteric, the fact is that defining the class of newly engineered materials is actually quite difficult. One of them, for example, is Graphene which was produced in 2004 by Konstantin Novoselov and Andre Geim. Graphene is essentially a two-dimensional material made of a single layer of carbon atoms arrayed in a mesh. Maxine is very strong and conducts electricity very, very well. Verge science has a 7-minute video on the stuff you can watch here.

Mxenes are another class of materials which are only a few atoms think and have additional characteristics. These and other Frontier Materials are able to do things that the normal building blocks of our world such as silicon, steel, and cement simply can not.

While the science is fascinating if a bit difficult to follow, the reason I am interested in Frontier Materials is what can be done with them particularly concerning some of the challenges facing humanity today.

In terms of the planet, these materials have the potential to revolutionize the way we store and consume energy, harness the potential of space to solve problems here on earth, and also drastically reduce the energy required to manage the enormous amounts of data we are and will produce as time goes by.

For people, these materials can make wearable electronics as well as a number of promising medical applications that can improve the quality of life for millions around the world. 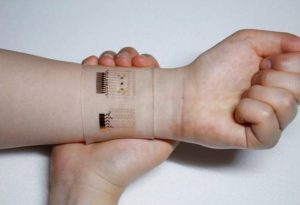 Frontier Materials can also desalinate water at a fraction of the energy currently required and can also be used to build the sensors needed to efficiently manage resources in the smart cities of the future.

To explore these and other applications of Frontier Materials, the AMPT, which brings together some of the leading research institutes in the world, is organizing a conference called Matter 2021. The virtual forum will be held on April 28 and 29th.

You can learn more about the event and its agenda here.