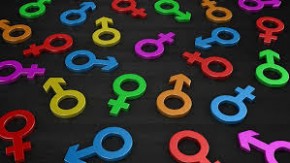 Gender inequality is one of the global topics that is continuously spoken about, be it in terms of inequalities in the attainment of health, survival and education in developing countries, or differences in economic opportunities in the developed world. Naturally, gender diversity is a hot topic also for global business, where females are consistently underrepresented in management teams, and make up only 20% of international assignees. Yet, in spite of all seeming efforts, recent data suggest that the diversity issue is not improving.

According to a recent World Economic Forum release, within the last decade of gender diversity initiatives, the actual numbers show only a small improvement in equality for women in the workplace. Over the last 9 years, the gender gap has decreased only by 4%, which, if taken as an average rate of improvement, would predict complete gender equality only by the year 2095. Similarly bleak conclusions were derived by Mercer professionals. The results of Mercer’s global research ‘When Women Thrive, Businesses Thrive’ indicate that women are not progressing in their careers and if nothing changes in current approaches, only one-third of executive positions will be held by women over the next 10 years. Although most big companies seem to have programs to increase gender diversity, as argued in a recent New York Times article, many executives express frustration that these programs aren’t working. Hence the question,

Are we doing something wrong, or just not enough?

Mercer’s research suggests that the main driver behind gender diversity is the active involvement of senior leaders. It is not enough for senior management just to support, or be accountable for gender diversity initiatives. Instead, these initiatives need to be determined, inspired and enthusiastically led by top management. The issue should be personal, so that leaders can stand up for it. A good example of such determination comes from the chief executive of global-services company Sodexo, Michel Landel. According to Mr. Landel, cited in a McKinsey article, gender balance is at the core of what is valued in Sodexo, it is part of a cultural transformation. Making gender equality part of the culture needs such practical steps as clear and measurable goals, for which the management team is responsible, with the accountability cascading through the organization. Moreover, Sodexo puts an explicit emphasis on building leadership pipelines for women. As claimed by Mr. Landel, the cornerstone of that strategy is an internal organization called SWIFt—the Sodexo Women’s International Forum for talent, where women communicate, find mentors, identify talent, promote the advancement of women, and find the right strategies to do so. As per the New York Times article, this determination is paying off, because already today in Sodexo women make up 42 percent of the board of directors and 38 percent of the executive board, while setting the goal for women to make up 25 percent of its top 300 managers by the end of 2015.

Naturally, the promotion of women does not only depend on women themselves. Another recent McKinsey article draws on the example of the Australian Human Rights Commission, which started a group called the Male Champions of Change. Specifically, the group consists of about 25 influential male executives from some of Australia’s most prominent organizations, who have come together to discuss, disrupt the status quo on the matter, come up with solutions, and spread the word.

Finally, we really need to go beyond just thinking and start doing something disruptive. According to the words of Aniela Unguresan, Co-founder of EDGE Certified Foundation, cited by Mercer, “it is clear that incremental change does not significantly move the needle. Disruptive change does.” For example, the CEO of Australian telecommunications firm Telstra and one of the Male Champions of Change participants decided on a particular disruptive change by introducing flexible working environment (e.g. different working hours, different work locations) for every position in the company. The initiative “All Roles Flex” was launched in 2013 in one of the larger business units, and has spread to other business units after the initial success. On a similar note, Mercer’s research suggests that it is time for non-traditional solutions to increasing gender diversity. For instance, they found that more diverse retirement programs, which account for different gender realities, and gender-specific health education campaigns correlate with greater representation of women at senior levels.

All in all, the global business world continues to be too slow at closing the gender gap. Does this mean we haven’t managed to create equality at the workplace? I would rather say it is essential feedback and a call that, if followed properly, should make companies do more, better and smarter.

5 thoughts on “Gender Diversity in the Workplace: A Global Matter with No Progress?”