According to quote investigator, a website, there is no such thing as a Chinese curse that says “may you live in interesting times”. 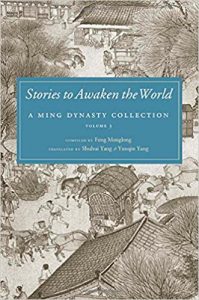 What they do reference is a collection of stories published in 1627 that has a very different line about the reality of living through periods of strife and conflict. As the world is getting increasingly polarized and complex I think the line is important.

His heart ached as he witnessed how the Yuan troops wreaked havoc in the land every day, like gusts of wind blowing dead leaves before them. Truly,

Far better to be a dog in days of peace
Than to be a human in times of war.

The Horror of War

The war in Bosnia, for example, killed 100,000 people, created 2 million refugees and wiped out 2/3 of the Bosnian economy. Figures for Syria are on the order of 500,000 dead and as many as 7 million refugees with the destruction of much of the country’s infrastructure and economy.

In my experience, the possibility of war is often not taken into account by business interests who typically plan for the future. I believe the reason for this is that the effects are simply too horrific to contemplate and people prefer to just hope that things will work out.

What some business interests do look at is stability and the overall tone of the discourse in civil society. Typically, businesses will choose not to to invest in a country or region they perceive as unstable. Instability can be about many things but specifically companies try to avoid places where there is or likely to be deep political conflict. Conflicts do not always end up being violent but even non violent conflict can be bad for business for example making it more difficult to recruit talented people.

This clearly applies to multinationals that can choose where to go but also applies to local business interests who tend not to expand facilities or invest in new products during times of geo-political uncertainty.

As discussed in a post a few weeks ago, there a number of places in the world such as India and the Philippines where there appears to be a deliberate trade off between stability and autocratic government.

Another thing that happens as the political and geo-political situation gets worse in a specific place is that expats start to question whether they should stay. In places such as Russia and Turkey expats have been leaving in huge numbers. 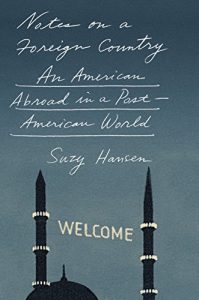 For a very personal perspective, American author Suzy Hansen wrote an essay in Vogue which I think is worth reading. Hansen discusses how the city she calls her home has become unrecognizable and explores the issues of safety and security and how to find them in the world.

Expats are attracted to places by opportunity, diversity, quality of live, and the tolerance of the society and often develop a  strong affinity for the local culture and traditions.

In my view their presence is also a net gain for local societies as they bring access to foreign ideas, ways of doing things and even capital.

As I wrote in another post, foreigners are leaving England as a result of the inherent instability of post Brexit England and the perception of rising xenophobia.

Such is the cost of politics.