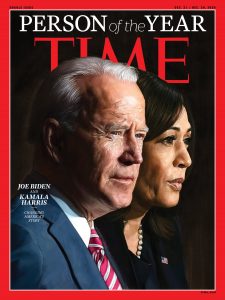 Later today, the 538 members of the electoral college will cast their votes in different state capitals across the U.S. and Joe Biden will finally be the official President-Elect of the United States. While this result was clear since a few days after the election, President Trump and his allies have tried to overturn the results in the courts. On Friday, the U.S. Supreme Court did the right thing and rejected a spurious suit from the State of Texas paving the way for Monday’s vote which.

In my view, Joe Biden’s administration will make the world safer and greener. He and Vice President-elect Kamala Harris are honest public servants who will put their country first and lead with honesty and integrity. Perhaps they can, as Biden has vowed to do, heal the country.

While this is good news for the United States and the planet, these last four years will not be forgotten by the rest of the world. What the world has learned is that it can not rely on the United States to remain steady beyond its own election cycle.

One example is the Paris accord on climate change which John Kerry and his team at the State Department invested countless hours in negotiating in the months leading up to it. In fact, it was the 2014 agreement between the U.S. and China on emissions that, to some degree, paved the way for the brilliant effort by French diplomats and Christiana Figueras to broker the agreement. Trump, of course, chose to leave the agreement and Biden will bring the U.S. back in. The good news is that because of the pandemic, the U.S. is actually on track to meet the targets it currently has as part of the framework but it is reasonable to wonder if future American governments will honor whatever targets John Kerry articulates next November at COP 26 in Glasgow.

Another example is the United States’ engagement with the rest of the world. Biden’s pick for Secretary of State and others on his team for national security all hail back to the Obama-Biden administration and are committed to multilateral solutions to the biggest problems facing the world. They will likely re-join the Joint Comprehensive Plan of Action to limit Iran’s nuclear program, go back to isolating North Korea, and join the Comprehensive and Progressive Agreement for Trans-Pacific Partnership (CPTPP) in Asia-Pacific which is what the TPP became after Trump pulled the U.S. out just after taking office.

These are only examples of the 180-degree turn that the next administration will take as it comes into office. Others include the relationship with Russia, Turkey, postwar Syria, and Iraq, the Kurdish enclaves, Saudia Arabia, and many other issues and conflicts.

Just to be clear, I support all of these changes and will be very happy to see the portraits of Joe Biden and Tony Blinken at the U.S. Consulate here in Barcelona.

The problem is that we can not foresee the future and it is unclear who will win the 2024 elections in the U.S. to say nothing of the next 20-40 years. Donald Trump is, for example, reportedly considering running again in 2024. Regardless of whether Trump runs or not, there is a very real possibility that a future Republican President, in 2024, 2028, or at some time in the future will change the direction that Biden’s administration will set.

This was not always the case. From the end of World War II to the late 1970’s, a series of American governments, both Republican and Democratic, did manage a relatively stable American foreign policy. It was only when Jimmy Carter began to change course on some issues such as American support for dictatorial regimes in Latin America that this divergence began. Ronald Reagan then made important changes to Carter’s policies and bit by bit the agenda of Republican and Democratic presidents diverged on the nature of the United States’ role in the world.

Perhaps this is simply a by-product of free and fair elections.

For me, the challenge is to educate the American electorate so that it can understand the complexities of the world. Only then could we hope for some new consensus to emerge on the country’s role in the world and only then could we become a faithful and steady force in world affairs.