Hail divinest Melancholy,
Whose Saintly visage is too bright
To hit the Sense of human sight;

Ryan and Amy Green were a young devout Christian couple from Colorado, US with three beautiful kids. Their near perfect world was shaken when their third child Joel, was diagnosed with a rare cancer just after his first birthday. Joel went on to live for about four years with lots of emotional ups and downs for the family. As one could imagine, there were lots of moments with lot of trauma and pain. 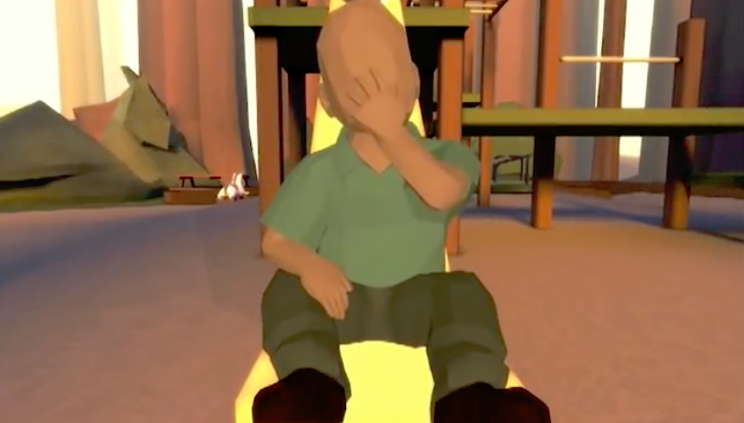 On one such evening Ryan was with baby Joel in the hospital. Joel was dehydrated and had severe diarrhea. Joel was crying out loud in intense pain and anything Ryan would do to soothe him wouldn’t work. For the entire night, Ryan made every possible effort to calm his son down. Finally in the hours of the dawn, Ryan broke down into a prayer. Joel stopped crying.

Ryan, a videogame programmer found this entire experience to be something like a game, where you keep using different tools but nothing works. Ryan and Amy put together their best efforts and savings and made a wonderful video game experience called, ‘That Dragon, Cancer’. The whole story of Green family’s pain, trauma and how it was expressed in form of a video game, has been captured by numerous articles, radio shows and even a documentary movie.

However, one question it left in my mind was, “Does pain cause creativity?” A very personal and profound trauma led to something as creative as a video game .

If we look at the history of art and artists we see that many artists did their most creative work during the most painful phase of their lives . Does pain help in being creative? Let’s see what science says. Modupe Akinola from Columbia University has found that negative moods actually lead to higher degree of creativity. In her experiments she triggered negative or positive moods by negative or positive feedback respectively to a task and then asked students to engage in a creative activity.

Joseph Fargas, of University of New South Wales, has conducted a series of studies exploring the relationship between negative mood and creativity. His work has suggested that negative moods help an individual in a variety of ways. For example, a negative mood improves focus and that’s why it helps individual notice and remember better. At the same time, negative mood reduces stereotyping and other similar biases. Negative moods also at times help individuals persevere more at a given task by enhancing motivation of the person.

Katherine Sherwood, an American artist, suffered a major stroke in 1997 at the age of 44. She suffered a cerebral hemorrhage affecting the left side of her brain. Because of which her right side was paralyzed. She lost her ability to walk, talk, read and of course paint. Katherine learnt to paint using the left hand. In fact according to some neuroscientist, the damage to her brain actually helped her work.

In her own words, “It was postulated by several neuroscientists that the “interpreter” in my brain was severely damaged during my CVA. This has had a profoundly liberating effect on my work. Whereas my pre-stroke period had the tendency to be over-intellectualized and forced, my post-stroke art is less self-conscious, more urgent and expressive… In my practice as an artist, my stroke is a challenge and an opportunity rather than a loss.”

It seems that trauma or pain helps creativity in two distinct ways. First, is the psychological benefits that come as the research suggests. On the other hand, as we see in Katherine’s work, personal tragedy can be the very muse a creative individual is looking for .

Shahbuddin Rathod, a famous Indian humorist was once interviewed by Khaleej Times of Dubai, the interviewer asked him, “How to become a humorist?” He answered, ‘If you want to be a humorist, first show me your tears’. Quite often, it’s very plight of life that becomes source for creative work .

The play ‘Long Day’s Journey into Night’ talked about real-life situation in Eugene O’Neill’s life around 1912. When the play was completed it ended up becoming a mirror image of a lifetime of plight. The play was so painful for him that in his will, he prohibited any stage adaptation of the play, not only during his lifetime but for 25 years after his death. (However three years after his death his wife Carlotta Monterey had allowed to stage the play.)

Eugene O’Neil’s son in law Charles Chaplin (about which Mr. O’Neil was never quite happy) narrates a very interesting incident in his autobiography. When Chaplin was a kid, a little lamb escaped a butcher and started running amok in the street. The lamb was causing a havoc, stumbling on things, running into houses, messing up with people walking around. This scene created laughter. Everyone was laughing at this chaos. But Chaplin says that deep down, it was a tragic moment. An innocent animal was trying to save its life. It was comedy coming straight from the womb of pain.

Pain makes everything human. It makes one empathize with others. And empathy is the greatest gift for creativity

That’s what pain does. It makes everything human. It makes one empathize with others. And empathy is the greatest gift for creativity. Or as the great John Keats has said, “Do you not see how necessary a world of pains and troubles is to school an intelligence and make it a soul?”

9 thoughts on “Does Pain Cause Creativity?”

Leadership and People Management
The 2020 Tokyo Olympics are over. Although each Olympic event has its moments and distinguishing features, the Tokyo Olympics got themselves a unique status of the so-called Pandemic Games. Echoing the controversial attitudes before the Olympics, opinions about the de facto event are similarly scattered and contrasting. Some praise Tokyo for uplifting everyone’s spirit and…
Leadership and People Management
As consumers we rarely think about how the products we order online get to our homes, or how the items we buy from the local shops get there. Indeed, the world is so interconnected nowadays, that buying Japanese tea in a local store in Sweden is nothing out of the ordinary. Neither is ordering a…
Leadership and People Management
In uncertain and volatile times, we need strong and confident leadership, don't we?! The answer might be more complicated than a simple Yes or No. As a psychologist might wittily remark, it all depends... How do we define and see such confidence? Is a confident leader the one, who has all the answers to difficult…
Leadership and People Management
Will global mobility disappear in a (post-)Covid world? About a year ago I entertained the idea of a dystopian post-Coronavirus world, a version of an ’online’ world, where we would rather upgrade our ZOOM and Google Meets licences than book business trips and plan relocations... Luckily, such a scenario may remain fictional, because global mobility…
Leadership and People Management
The ongoing Covid-19 pandemic is taking its tolls. Let alone the grim death statistics, there are all kinds of long-term socio-economic effects, and the more recently emerging realization of substantial mental health problems. Indeed, the rise of anxiety and depression amid the pandemic is easy to comprehend: people live in isolation and amidst restrictions, disrupted…
Leadership and People Management
By now, the majority of us have at least some experience of setting up our office in our living room, commuting to work within seconds of stepping from one room into another, and ‘bumping’ into your colleagues for ‘random’ chit chat at scheduled times and through prepared online meetings... yes, the work-from-home experience, which, as…
Leadership and People Management
By now, we have experienced the Covid pandemic for almost a year. Last January, we kept reading about the spread of the virus in China, which back then seemed to be quite a distant thing… As of the end of January 2020 though, the WHO declared Coronavirus a global pandemic and, with the spread of…
Leadership and People Management
About four years ago my first blog post of the year 2017 was about Trump’s inauguration. Back then I wrote about the feelings of uncertainty and anticipation of an era of protectionism and populism. Four years forward, we are all quite familiar with how his ‘America first’ philosophy turned out, and each of us can hold their own…
Leadership and People Management
How would you describe a modern workplace? I would say that in contrast to the standard 9-to-5 workdays with assigned tasks and work desks, the modern workplace comes through as this upbeat, inspiring, flexible, fun, and rather casual environment. Just scrolling though some images of a modern office, such as at Google or Facebook, you…
Leadership and People Management
As Covid-19 unfolded, it became quite clear that leaders in all countries had to face and cope with a globally interconnected health crisis. This global crisis demands committed global leadership, which however has greatly varied in approaches, styles and actions, as all of us could experience and witness. Driven by our curiosity of what we…