Like the ripples from a stone thrown in a pond, or more like the spiraling arms of a hurricane, the global pandemic which began in the Chinese city of Wuhan more than one year ago is shaping the world we will live in after it has run its course or been brought under control. 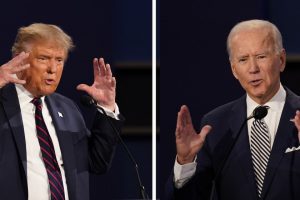 One of those impacts is the immediate political future of Donald Trump. Although he and his allies continue to try and question the integrity of the American election, without any apparent evidence, The United States Congress will certify that election this week, and Joe Biden will be sworn in as the country’s 46th president. If it was not for Trump’s gross mishandling of the pandemic and its associated economic cost, Biden may not have been able to beat him.

Another impact is the strengthening of the Chinese Communist Party in China and around the world. Although China’s initial handling of the pandemic was widely criticized, life in China today is back to normal according to the New York Times and other media reports. An article in the Lancet credits China’s pandemic response, the collaboration of the Chinese population, and its extremely intrusive tracking system as being key aspects to its successful fight against the virus.

China’s success is seen in stark contrast to the failure to control the situation in the United States. The noise about the last election and the back and forth swings of American policy, discussed in a post a few weeks ago, adds to the idea that maybe the Chinese model of government is better than the American. This impact will play itself out over the next years in countries all around the world. Freedom and democracy are clearly important but safety and prosperity are also key to human happiness. The Chinese answer is that you have to choose one or the other.

A third impact is that carbon emissions actually went down 7% according to Carbon Brief, a UK-based website. in 2020 thanks to the lockdowns and other measures taken to control the spread of the Virus. The world had not seen any drop since the 2009 economic crisis. The biggest drops were in the US, EU, and India which saw emissions drop by 12, 11, and 9 % respectively.

China, the world’s largest emitter of Co2 also saw a drop but only just under 2% because it managed to confine most of the shock to Wubei Province and get its economy back up and running quickly in the second quarter. 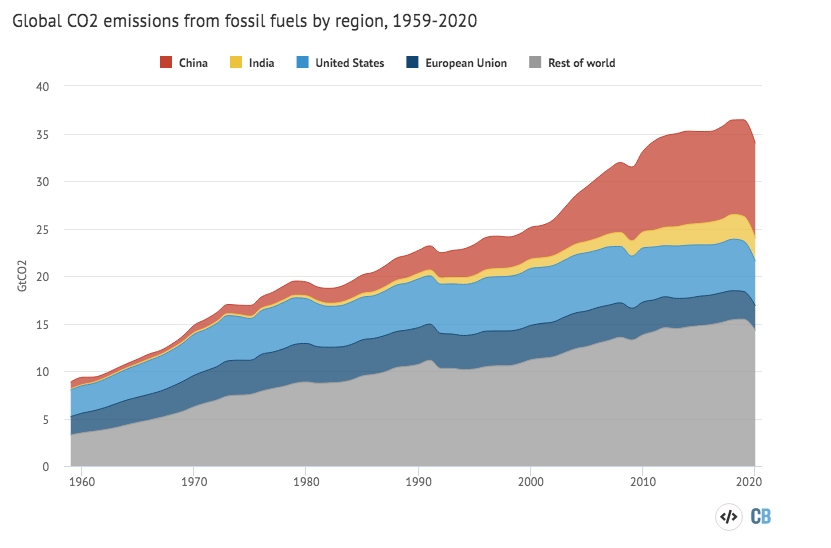 The question going forward is will the world look at the improvement in emissions as well as air and water quality and decide to continue on that path or will it snap back to business as usual as things get under control. As discussed in this space, the Biden administration is committed to rejoining the Paris climate agreement and the world will meet once again in Glasgow next November to go further in its commitments.

The last ripple I want to call out today is the tremendous advance in digitalization that has occurred over these past months. Most analysts agree that increased digitalization is here to stay. In terms of jobs, I discussed one way of looking at that impact in a post last week.

Although these trends and issues were with us before the pandemic, its impact will be remembered long after its gone.