Family-controlled firms (FCFs) are the world’s most common organizational structure, with distinct strategies and characteristics that set them apart from non-family-controlled firms. Around the world, the prevalence, strategy and financial success of family-owned firms all vary but what are the core drivers of these differences?

To date, research has largely focused on the impact of formal institutions – namely, regulations, laws and rules – to explain these divergences. According to these findings, FCF strategies tend to reflect a long-term orientation, risk avoidance, preference for equity financing and frugal innovation, which taken together lead to better financial results compared to their non-FCF rivals.

Upon closer inspection, however, all of these “truisms” regarding the prevalence, strategy and success of family-owned firms can be challenged. To start with, ownership structures of family-controlled firms are not uniform around the world. In Chile, France, India and South Korea, for instance, half of FCFs are publicly listed whereas only a quarter or less are publicly traded in Austria, China and the United Kingdom.

“Ownership structures of family-controlled firms are not uniform around the world.”

In terms of corporate strategy, FCFs in some countries are committed to preserving wealth from one generation to the next, while in other geographies this ambition is far less significant. Finally, as a collective, it cannot be said that FCFs attain higher levels of financial success relative to their non-FCF counterparts. Case in point: they outperform non-FCFs in India, Japan, Poland and the United States while underperform in Egypt, Peru and New Zealand.

While recognizing the importance of formal institutions, my colleagues Patricio Duran, Luis Gómez-Mejía, Pursey P. M. A. R. Heugens, Tatiana Kostova and Marc van Essen and I decided to conducted research on the impact of informal systems to elucidate these empirical contradictions.

Informal institutions include networks of social systems, power elites and hierarchies of status and domination and like formal institutions, they also “codify” appropriate organizational practices and impact transaction costs and by extension, corporate profitability.

Most research cites informal institutions as “weak substitutes” of formal systems, relevant only in countries where robust formal frameworks are lacking. But might they exert a greater influence in their own right?

“Informal institutions include networks of social systems, power elites and hierarchies of status and domination.”

Countries have different levels of appreciation of family-owned business, which based on our thesis, could impact their ubiquity, strategy and performance. To capture this dimension, we introduced the concept of “family business legitimacy” (FBL) to reflect the extent to which a country’s environment is shaped by a set of social ordering systems, social relationships and kinship ties, as well as the recognition of family firms as core social and economic engines.

In my upcoming post, I will outline the core conclusions of our research, as well as its implications for both family firms and investors.

“Countries have different levels of appreciation of family-owned business, which based on our thesis, could impact their ubiquity, strategy and performance.” 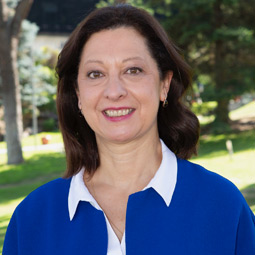