You’ve been called a narcissistic leader. So what? There’s no need to take it as a slight. In fact, leadership and narcissism go hand in hand.

And before we go any further, let’s be clear on the real meaning of narcissism and how we, as leaders, can hone in on the good and phase out the bad.

Narcissism is a trait of temperament written in every leader’s DNA. However it doesn’t necessarily have to dominate who we are. Through education, self-control, environment, experience and working on emotional intelligence, we can temper our narcissistic traits to condition our behavior. 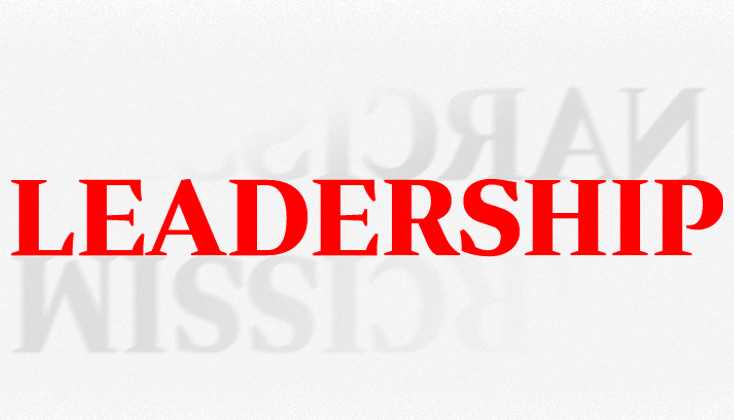 That’s why being overly narcissistic can be good or bad depending on how we manage ourselves . If a leader is able to get a rein on themselves then the limits to being a successful leader and making a long-term positive impact are limitless. But if they can’t, then the other side of the coin shows us a leader who – sooner or later – will fail in one or more areas of life. But why?

The Dark Side of the Coin: Leaders Corrupted by Narcissism

Perhaps this is what most people are referring to when they call someone a narcissist. Unbridled narcissistic temperament that can lead to destructive pathologies and – from this perspective – corruption. And not just corruption of the concept of leadership. This can lead to a breaking of both legal and moral rules, which sooner or later, act as torpedoes in the career of any leader.

The common misconception that narcissism is purely a negative trait, is partly caused by the countless cases and scandals reported in the press involving prominent world leaders.

The need to “hog” the limelight and be the “star” of the show – albeit in a party, a meeting, in a presentation or when taking credit for the company’s success – is a symptom that something is not working and we need to rein it in – and correct it.

If you’re a pop star, that’s fine (although they’re not exactly setting a good example). But if you’re a team leader or CEO this doesn’t work. How will your team feel when time after time they see how their boss takes all the credit for their work? It’s only a question of time before they end up rejecting you. And leave.

This behavior isolates team members and burns bridges with talented people who have helped to build you and your company’s success.

Another of the dangerous traits is the constant fear of losing power or status to a subordinate. The fear that someone else will rise up and outshine them can turn into an obsession and keep narcissists awake at night.  And since no-one is allowed to outshine them in their team, they pick people who aren’t as well prepared as themselves. And those who are tend to be left no choice but to abandon ship or suffer the consequences.

And this is what stalls your career.

As well as gaining a reputation for being a credit hoarder there is the almost physical inability to receive criticism of any sorts. If anyone does muster up the courage to call them into question, they are swiftly muffled by those loyal and faithful “followers” the narcissist is surrounded by. Followers who hang onto their every word and command while feeding their ego and idea of self-worth.

The traits might not always appear quite as extreme as in the examples, but the result is the same. This type of leader is doomed for long-term disaster. After all, with a reputation like this, who’s going to want to be on your team?

It’s not the failing in business – which can be masked or hidden – that is confined to your career that is the highest price to pay for this behavior. Family and personal relationships are worst hit by these traits which can cause family ruptures and destroy friendships.

The end result tends to anything but positive and is a far cry from the ultimate goal of self-realization and the desire to make a positive impact on others.

The Brighter Side of the Coin: Leaders With Their Egos Under Control

The ability to create a loyal team of talented professionals is in its own way commendable and has innumerable benefits for an organization. Only a person who has a great deal of confidence, self-assurance belief and an immensely charismatic personality with a thirst for taking on great challenges has what it takes. This is the other side of the coin, as these traits are only present in sufficient quantities in narcissists who have modified their behavior.

But let’s be clear here, these leaders aren’t looking for unconditional acceptance from their team. They’re looking to be admired and followed down the risky roads that others with less self-confidence would never dare to venture.

They are able to lead teams and convince them to buy into visions and objectives that seem unthinkable . And that’s what makes these leaders successful. It’s this quality that benefits business and society, as they push the barriers, raise the bar and break the norms to innovate and create. Albeit with the ultimate goal of self-realization, we can all gain from this if it’s channeled in the right way.

Narcississts are not those who want to, but those who can, due to this trait of temperament that when on the good side, drive leadership. Perhaps the question you should be asking yourself is: What kind of leader am I? And how can I use my traits of temperament to benefit others?

Joan de Dou Playá is Senior Lecturer of the Department of Managing People in Organizations of IESE. Professor de Dou manages his own psychiatric practice and leads a team of professional psychiatrists and psychologists. He has also worked as a medical consultant and has held several positions in various psychiatric hospitals. Professor de Dou has worked for many years as an assistant in the Department of Human Behavior of IESE. He is also psychiatric advisor to the Official College of Doctors of Barcelona.

Leadership and People Management
The ongoing Covid-19 pandemic is taking its tolls. Let alone the grim death statistics, there are all kinds of long-term socio-economic effects, and the more recently emerging realization of substantial mental health problems. Indeed, the rise of anxiety and depression amid the pandemic is easy to comprehend: people live in isolation and amidst restrictions, disrupted…
Leadership and People Management
By now, the majority of us have at least some experience of setting up our office in our living room, commuting to work within seconds of stepping from one room into another, and ‘bumping’ into your colleagues for ‘random’ chit chat at scheduled times and through prepared online meetings... yes, the work-from-home experience, which, as…
Leadership and People Management
By now, we have experienced the Covid pandemic for almost a year. Last January, we kept reading about the spread of the virus in China, which back then seemed to be quite a distant thing… As of the end of January 2020 though, the WHO declared Coronavirus a global pandemic and, with the spread of…
Leadership and People Management
About four years ago my first blog post of the year 2017 was about Trump’s inauguration. Back then I wrote about the feelings of uncertainty and anticipation of an era of protectionism and populism. Four years forward, we are all quite familiar with how his ‘America first’ philosophy turned out, and each of us can hold their own…
Leadership and People Management
How would you describe a modern workplace? I would say that in contrast to the standard 9-to-5 workdays with assigned tasks and work desks, the modern workplace comes through as this upbeat, inspiring, flexible, fun, and rather casual environment. Just scrolling though some images of a modern office, such as at Google or Facebook, you…
Leadership and People Management
As Covid-19 unfolded, it became quite clear that leaders in all countries had to face and cope with a globally interconnected health crisis. This global crisis demands committed global leadership, which however has greatly varied in approaches, styles and actions, as all of us could experience and witness. Driven by our curiosity of what we…
Leadership and People Management
Have you heard about compassion? According to the Dalai Lama, compassion is “associated with a sense of commitment, responsibility, and respect toward the other.” A recent scholarly definition sees compassion as “an interpersonal process involving the noticing, feeling, sense making, and acting that alleviates the suffering of another person” (Dutton, Workman, & Hardin, 2014). While…
Leadership and People Management
Remember how about a decade ago the open-office concept became a thing? Walls, doors and private offices got cleared away with the premise of promoting better collaboration as well as sharing information and ideas among workers. Whether you have personally experienced an open workspace or not, it is probably easy to understand possible drawbacks of…
Leadership and People Management
The Coronavirus pandemic, as any other bigger crisis, has pointed to many broader socio-political challenges and problems. Specifically, impacts of the current pandemic brought to light substantial economic and racial inequalities, with the latter gaining yet more prominence after the killing of George Floyd. Two years ago, in the wake of vivid racial violence in…
Leadership and People Management
Some time ago I wrote about possible scenarios for the ‘post-corona world’ and it seems about time to contemplate on our situation again. As more and more countries begin to ease their lockdown measures, we are collectively entering into some form of normality again. Yet, many speak and write about the ‘new normal’, implying that…