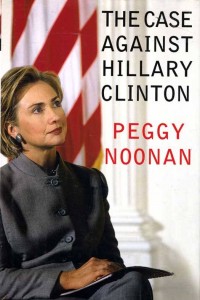 An article by Peggy Noonan in the Wall Street Journal this weekend brought home to me the dgree to which politics in 2016 has fractured beyond hope of immediate repair. Ms. Noolan, a right of center author of books such as The Case Against Hilary Clinton, is certainly not sympathetic to the Democratic party but argued cogently that Donald Trump’s candidacy may in fact split the Republican party in the united States into two very distinct groupings. Her main point is not Trump has tapped into a vein of republican voters but that the Republican leadership has lost its way.

Another article, by Jim Newell in Slate, outlines Jeb Bush’s plans to destroy or weaken the other moderate Republicans in the race to be the only reasonable oice left standing and thus to have a shot to win the nomination.

What both of these articles show is an american electorate more divided than ever.

Not Just the USA

In Spain the elections of December 20th have left the country without a clear path to governance. Like in the United States, the former two party system that has governed spanish politics since just after its transition to democracy is on the verge of collapse and the socialist Party, the heir to the Spanish Republic is also close to disintegration with supporters fo Pedro Sanchez on one side and Andalucias’s Susana Diaz on the other.

In France, Marie Le Pen has managed to divide the electorate and while the powers that be managed to keep her party from power despite winning almost 6.5 million votes according to the Guardian!,

Big problems to deal with

The political landscape would actually be rather entertaining if it wasn’t for the truly critical problems facing the world in 2016. These problems include: 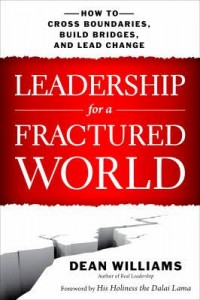 With these and other  issues in mind what we need are real leaders not cynical politicians ready to do what it takes to get ahead in the polls or even be elected. What we certainly do not need are hot headed, know nothings who appeal to our most basic instincts and try to win elections by making people increasingly fearful.

The problem is that the Trumps and Le Pen’s of the world offer simplistic solutions to complex problems that people latch onto in order to make sense of a world in which they have lost their bearings.

The responsibility of leadership, as well laid out by Harvard’s Dean Williams in his new book is to help people make sense of the world around them and then to do the right thing for themselves and their communities. The right thing is clearly not to judge people by their religious affiliation or to deny the reality of climate change.

Leadership and People Management
Expatriate experiences, and adjustment in particular, have been one of the most prominent research topics in the field of global mobility. Rightfully so, given the multitude of challenges that expatriates face, such as increased job responsibilities, excessive travel, major life changes, and dealing with cultural others. Industry surveys (e.g. Santa Fe Relocation) indicate that many…
Leadership and People Management
Since the beginning of the war in Ukraine, Europe has been facing the fastest growing exodus of people since World War II. It is estimated that by now there are millions of refugees who have crossed Ukrainian borders, and many more people who had to relocate within the country. Refugees, by definition, are people who…
Leadership and People Management
Some time ago, when the Covid crisis unfolded, I wrote about global leadership lessons, as such instances of global disruptions have the capacity to reveal how leaders operate and who they really are. Currently, we are into the fourth month of Putin’s war in Ukraine. Zooming out from the real suffering and emotional burden of…
Leadership and People Management
In a recent post I wrote about the research my colleagues and I conducted on inpatriation and knowledge transfer. Based on the research data we concluded that inpatriates contribute considerably to knowledge transfer and subsidiary development, leading us to recommend multinational corporations (MNCs) to view inpatriation from a more strategic perspective.  As a follow-up on…
Leadership and People Management
Although travel restrictions due to the Covid-19 pandemic are taking a toll on physically mobile people such as expatriates or migrants, the number of people working across national boundaries is nowhere near stagnating. In fact, studies such as the Santa Fe Relocation Global Mobility Survey 2020/21 suggest that the nature of global mobility is evolving…
Leadership and People Management
Many of us have grown up with respect and admiration for logic, reason, and rational thinking. Broadly speaking, Western educational systems aim at developing these exact skills and qualities, teaching us to think methodically, to organize, structure and categorize knowledge, to think in abstract terms and derive mental representations of different experiences. According to Ian…
Leadership and People Management
You have probably heard an old aphorism - Time is Money. Today, in the knowledge economy, it is more suitable to equate money with knowledge though. I believe that any contemporary economist would argue that knowledge (and technology) are the required components for enhanced productivity and economic growth. This premise holds particularly true for multinational…
Leadership and People Management
As 2021 is drawing to a close, we probably agree that we have been better adjusted and equipped for this second year of the pandemic. For one thing, there has been a global Covid vaccine rollout, which likely helped many countries across the world to manage the situation better and keep their economies relatively open.…
Strategy
Although the media reports that tens of millions of people are quitting their jobs, the real numbers appear to be that 5 million more people quit their jobs in the last 12 months than normally do so.
Entrepreneurship
The startup Swipcar, led by Julio Ribes (EMBA 16), presented at the 136th IESE Business Angels Network Investment Forum, and was invested in by a group of IESE alumni. Swipcar is a leading Spanish digital car subscription marketplace Based in Barcelona with growing presence in Italy and Portugal Offers a wide selection of cars for…