Skip to content
By Beatriz Iglesias and Josep Valor

Twitter’s downfall is increasingly becoming a reality; under “Musk’s reign,” users are in despair and count the days the platform might resist. Fortunately, not all hope is lost since there is a potential alternative to the bird app called Mastodon. It shares similarities with Twitter; it functions as a microblogging network and allows people to post and share their content. Yet, Mastodon defends that by concept, structure, and functionalities, it is something completely different and much more enjoyable. Despite its recent popularity after Twitter’s chaotic saga, the app has been around for a while. Mastodon was created in 2016 by a German developer, Eugen Rochko. Yet, he doesn’t own it. Instead, the platform is an Open-source app where anyone can join and improve it.

Thus, Mastodon is free and accessible to any user, and unlike any other social media networks, it is not controlled by a single company. Most interestingly, users can create their hosting and set their own rules on their servers, functioning like a “federated service.” Where other platforms work on a single and shared server, in Mastodon, “several separate networks or locations share resources.” So, it isn’t strictly “a social media platform” but “a galaxy of interconnected social networks known as Mastodon Instances.” An instance is a specific server that every user can develop and manage. For example, users must choose between using free Mastodon server software or hosting a server and buying a domain name to create one. Depending on the technology used, it might have costs (between hundreds of dollars per year to many thousands). So, for beginners, the first option is more convenient and easier to develop.

After having the server decision sorted out, the admins (or instance creators) can configure it based on their interests. The more comfortable the creators feel with the server, the better. They can choose between themes, languages, moderation policies, and infinite sets of criteria. Finally, when the instance is created, all that is left to do is wait for it to grow and for other users to join. Still, a massive following is most unlikely here. Mastodon is still a small network, and for the integrity of the content posted, it also recommends keeping the instances in reduced numbers. That way, every community admin can manage the flow of toots (the equivalent of twits). Because the platform doesn’t have a moderation content team or a unit dedicated to monitoring the misbehaviors of users, the control of such conduct relies on the admin’s awareness. Imagine if you were the creator of an instance with one million users; if anything were to happen, it would be difficult for you to intervene quickly. So, “to keep things under control, keep the instance small.” 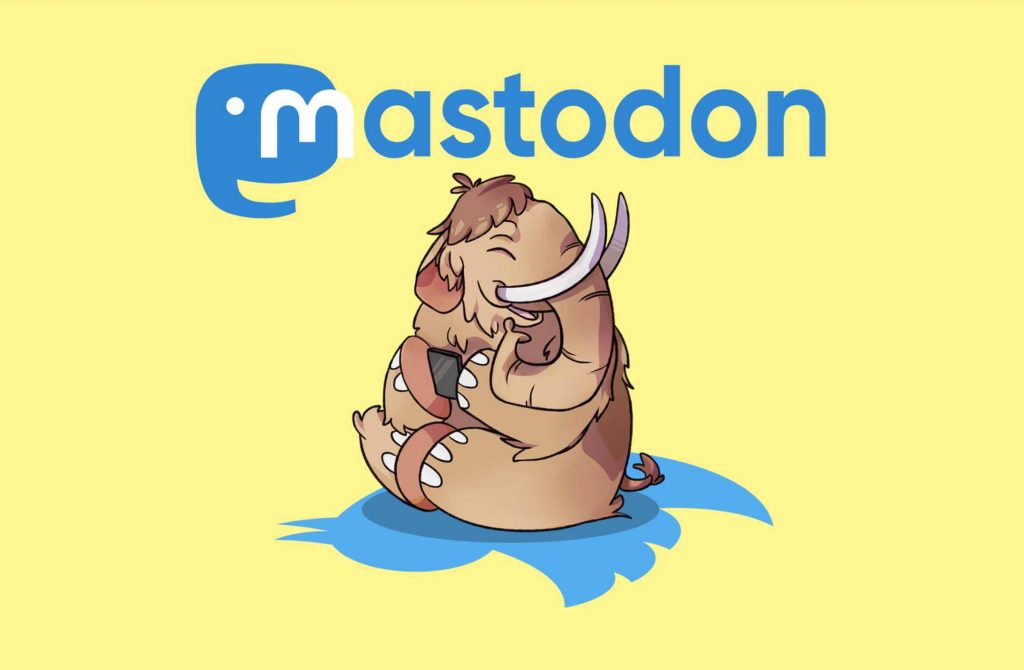 Out of all the features discussed, some differ to what users are used to, so, the app seems like a complex matrix confusing to navigate in. Maybe it is because there is still a lot of Twitter in their online behavior, but indeed there is a flood of brave ones that have tried it. Large communities of journalists and “refugees” of Twitter’s transition are putting their hopes on the democratic approach that Mastodon provides. However, brands and institutions have been more reluctant to join the exodus. Few made the first step weeks ago, like Volkswagen, Audi, Chipotle, and Pfizer.

Thus, Mastodon represents a growing contender in the social media environment, but to call it a substitute for the bird app might be a bit hurried. The challenge for the app is to confront the simplicity of Twitter’s functioning. To change the conduct of millions of users would have to be triggered by a social media “disaster” that would make for once and for all a massive switch of platforms. Still, if that were to happen, not all users are guaranteed to follow the same direction. There are still other microblogging platforms like Tumblr that have some potential of being Twitter’s ideal alternative.

Who knows, maybe Twitter doesn’t end up collapsing. Yet, Musk might have some aces to play up his sleeve until we are convinced about the failure or success of his new purchase, although what many consider missteps reinstating “hater” accounts like Rep. Marjorie Taylos Green (CA) or former President Donald Trump may start an outside flow. What is sure is that the best way to understand and compare the alternatives is by experiencing them. So, we encourage you to try Mastodon and see whether it is the next big hit in the social media environment.