It’s 1984, and Stefan Butler wakes up at 8.30am ready for a big meeting with Tuckersoft, a video-game company, to show them his video game demo called Bandersnatch. He takes his morning pills, washes his face and goes to the kitchen to have breakfast with his dad. They chat about his video game for a bit, while his father holds two different boxes of cereal, one on each hand. He asks Stefan: “How about you decide what you want for breakfast?” In the bottom of the screen, two options pop up: Frosties or Sugar Puffs. It’s 2019, and you -the viewer- are the one who decides what Stefan gets for breakfast.

This scene is the beginning of Bandersnatch, the last Netflix movie released on December 28th of 2018. Bandersnatch is a British science fiction film, directed by David Slade and based on the TV show Black Mirror. In it, Stefan Butler, a programmer who is the main character, starts working for the video game company Tuckersoft. His job consists of adapting a “Choose your adventure” style fiction novel called Bandersnatch to a videogame format. As the Black Mirror show, Bandersnatch flirts with the 80s, the impact of technology, and the reality of free will. But this time, the character lacks this freedom, as the audience decides his future.

But Bandersnatch is not a “typical” Black Mirror episode. On the contrary, it is Netflix first interactive film for adults. Throughout the 90 minute movie, the viewer can decide what Stefan does next in intervals of 60 seconds, with each decision becoming harder. The whole story revolves around him releasing or not releasing his video game Bandersnatch, and although there are five main endings for Butler, the movie has hundreds of permutations within the stories. But the film only offers two options for each decision, which can be clicked through the computer keyboard or with the TV remote control on the latest Smart TVs or laptops.

Bandersnatch is the first mainstream interactive film for adults ever. Netflix, once again, is changing the rules of the game; at least in regards to television. First, Netflix shipped DVDs to American homes, instead of making the consumer go to the store–in chains like Blockbuster. Then, Netflix introduced monthly subscriptions. When the digital era came around, Netflix launched streaming services, offering hundreds of films and TV shows already released. When other firms caught up, Netflix started producing its own shows–longer and with higher quality. Its next disruption was in terms of marketing: Netflix also released entire seasons at the same time. Now, the streaming service is doing it again with interactive TV. 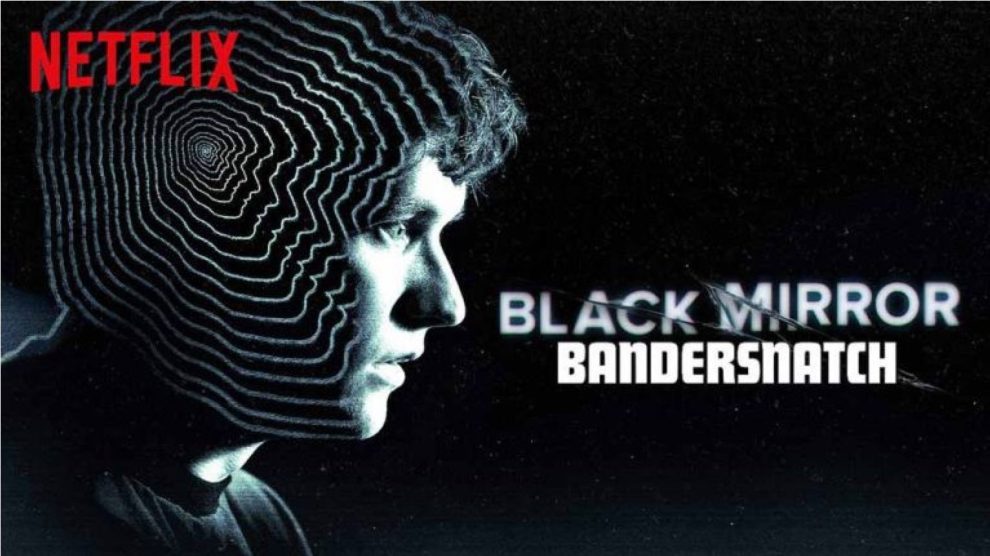 Netflix had been experimenting with the format before Bandersnatch. In 2017, Netflix launched Puss in Book: Trapped in an Epic Tale and Buddy Thunderstruck, two shows for kids with interactive content and simple storylines. But Bandersnatch is far more complex.

This innovation does not appear in a vacuum. Interactive TV, as launched by Netflix, follows two recent trends in the way the audience consumes entertainment. On the one hand, it acknowledges the rise of two-screen usage among the public. More than half of media consumers use their cell phones while watching TV. Netflix’s interactive format makes use of this trend: if the viewer does not make a choice in the next five seconds, the show makes a choice for him.

On the other hand, interactive TV takes the idea of personalized content a step further. The viewer decides the storyline, what the character does and wants; and Netflix uses those decisions to personalize its suggestions of movies and shows. If the user always makes the harder choices, the content suggested on its Netflix account will reflect that tendency.

Interactive TV also advances the notion that watching movies and shows is an individual experience, very much like video games. Whereas linear TV was designed for communal spaces such as cinemas or dining rooms, interactive TV makes the experience completely individualized. Only one person gets to make the decisions, and he does so on personal screens. There is no time for a family or a crowd to reach a consensus and make a choice.

Bandersnatch does not only change the consumer’s experience, but it also changes streaming services. Through interactive TV, Netflix can gather much more targeted consumer data. It can know when the viewer is actively watching the show when he is disconnected and thus is not making choices, and which are the specific preferences of the audience. Netflix does not have ads, but the service can sell that data or use it to hone its own platform. However, Netflix could take advantage of interactive TV for product placement. The two-screen usage facilitates this kind of advertising. According to a PwC survey, 65% of consumers use their phones to research the products they see advertised. The first choice in Bandersnatch has to do with cereals, the second with music. It is the perfect place to advertise products in a subtle way.

Let’s be clear: interactive TV will not replace linear TV anytime soon. Interactive TV requires many more hours of filming, a larger budget, and storylines that match the “Choose your adventure” style. Last, but not least, it needs an audience that enjoys making decisions instead of passively watching television–which can be the case for viewers that watch the show on their smartphones while commuting, instead of playing it from the couch. All these ingredients may exist in Bandersnatch, but the question is whether the format fits other kinds of comedies, romances, or dramas and if it is worth the cost.

This time, Netflix has shaken up, even more, the ‘home cinema’ industry, specifically the streaming services sector. What we know for now is that the “Choose your own adventure” story-style from our childhoods is back. Bandersnatch has made interactive TV a reality for the future.